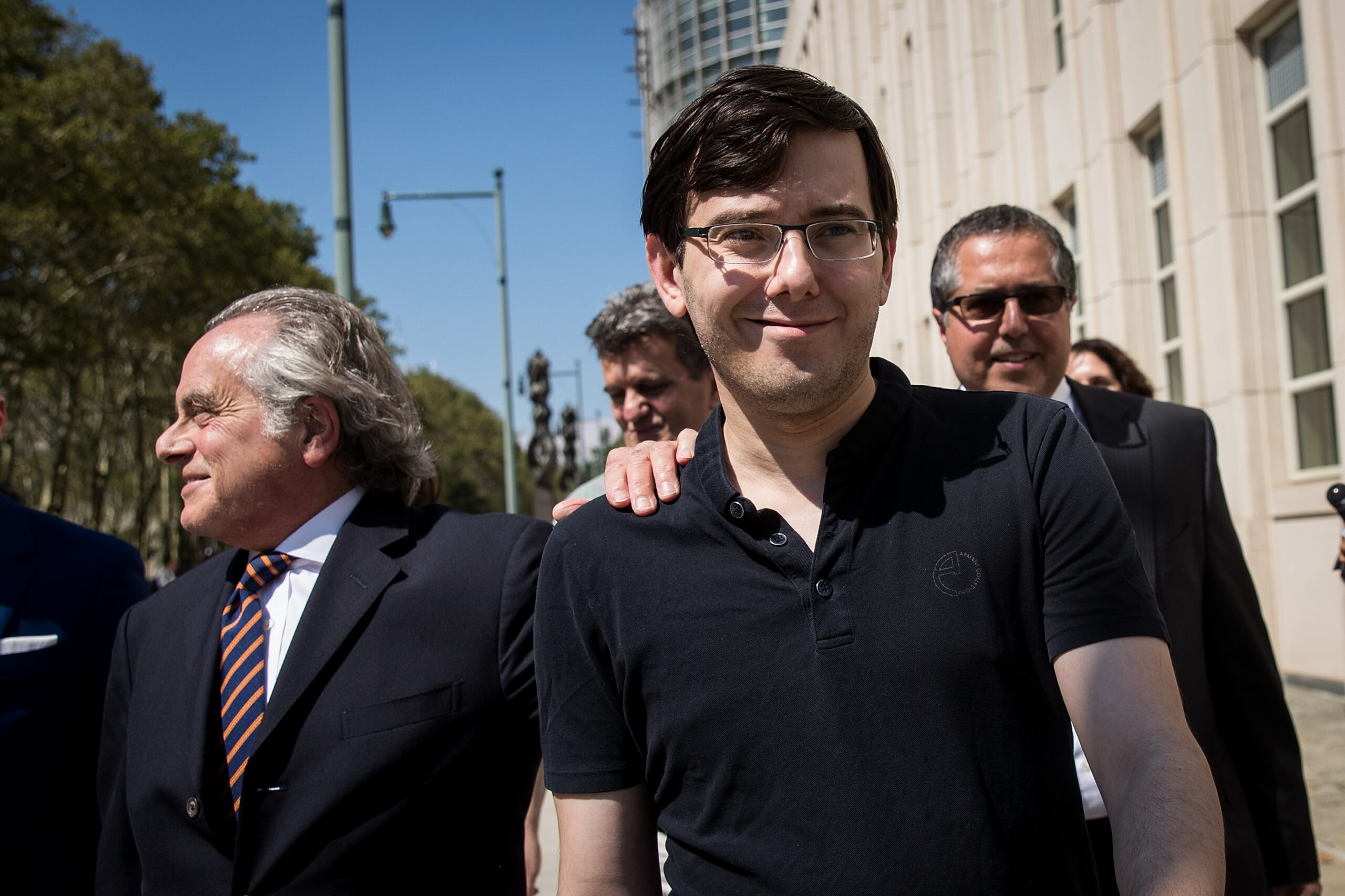 2020 has been a long year, but it clearly isn’t ending without at least one more wild scandal.

Christie Smythe, a former Bloomberg News reporter, has quit her job, divorced her husband, and frozen her eggs for a new unexpected man in her life — the notorious and imprisoned “Pharma Bro” Martin Shkreli.

In a stunning interview with Elle’s Stephanie Clifford, Smythe revealed that she fell in love with Shkreli, the former Turing Pharmaceuticals CEO who increased the price of a lifesaving drug by 5,000 percent overnight.

After Shkreli made headlines for the incredibly unpopular move, Smythe broke the news of his arrest in December 2015, and ultimately fell in love with him.

Smythe left her husband, who had warned her about getting too close to Shkreli, and began dating the disgraced executive after he was incarcerated in 2018.

“I’m happy here,” she told Clifford. “I feel like I have purpose.”

Unfortunately, Shkreli stopped communicating with Smythe after he discovered she was talking to Clifford for the Elle article.

When Clifford asked Shkreli for comment regarding the story, he simply wished Smythe “the best of luck in her future endeavors” — a statement the former reporter curiously labeled as “sweet.”

Naturally, Twitter blew up once the article was published, shocked by the story’s endless twists:

I love making jokes about Martin Shkreli, but I think you have to be mentally ill to think he’s not a sociopath and fall in love with him, so I’m going to avoid this story.

Here’s another way to look at this whole mess: @ChristieSmythe sells Martin Shkreli out for the fame and the big book deal. Uses him, goes for the money, beats him at his own game. Price gouges the hell out of him while he sits in prison. Fairytale ending for the pharma bro age? https://t.co/vON4aP4DbZ

Smythe also took to Twitter on Sunday night to defend Shkreli and herself from some of the backlash:

I realize it’s hard for many people to accept that 1. Martin is not a psychopath, and 2. a woman can choose to do something with her life (which does not affect you) that you in no way approve of. But that’s OK.

Despite the retort, Twitter users continued putting in their two cents:

This interview with @ChristieSmythe and how she gave up everything for Martin Shkreli is not just one of the best interviews I’ve read this year, it comes with one of the most jaw-dropping twists of all time https://t.co/DDIFKmSS9e

If you think I’m willingly going to read a single word about Martin Shkreli after this tire fire of a year, you’re out of your goddamn mind.

No matter how bad you feel about yourself you can always look in the mirror and say “hey there me, at least I’m not as bad as Martin Shkreli.” Works like a charm every time. If you’re *really* feeling bad and need a solid pick-me-up, try: “at least I’m not a Trump or a Kushner.”

Ok, I’ve figured out what the Shkreli piece reminded me of. It’s the lamest possible reboot of Silence of the Lambs.

Oh forgot to mention that she admitted only caring about criminal justice reform when it affected white people that she loved. White people like Martin Shkreli. 🤪

This story is a real life example of what kind of men you attract when you don’t love yourself. https://t.co/f009UnL8zv

I am way too full up on White House crazy to care about Shkreli lady crazy.

good morning to everyone except that sad lady who blew up her entire life only to get hit with a thank u, next from martin shkreli

i made out with martin shkreli… (desperately trying to make that sound more normal)… in a room that smelled like chicken wings pic.twitter.com/b7lPtib6xv

When Martin Shkreli was contacted by Elle Magazine for their story on the Bloomberg reporter who blew up her life to pursue a relationship with him while he is in jail, here is what he said: “Mr. Shkreli wishes Ms. Smythe the best of luck in her future endeavors.”

Verified media Twitter is picking up their jaws over that Martin Shkreli article like every serial killer doesn’t have fifteen penpal wives ready to blow up a courthouse for him and/or legally acquire and sell his bones.