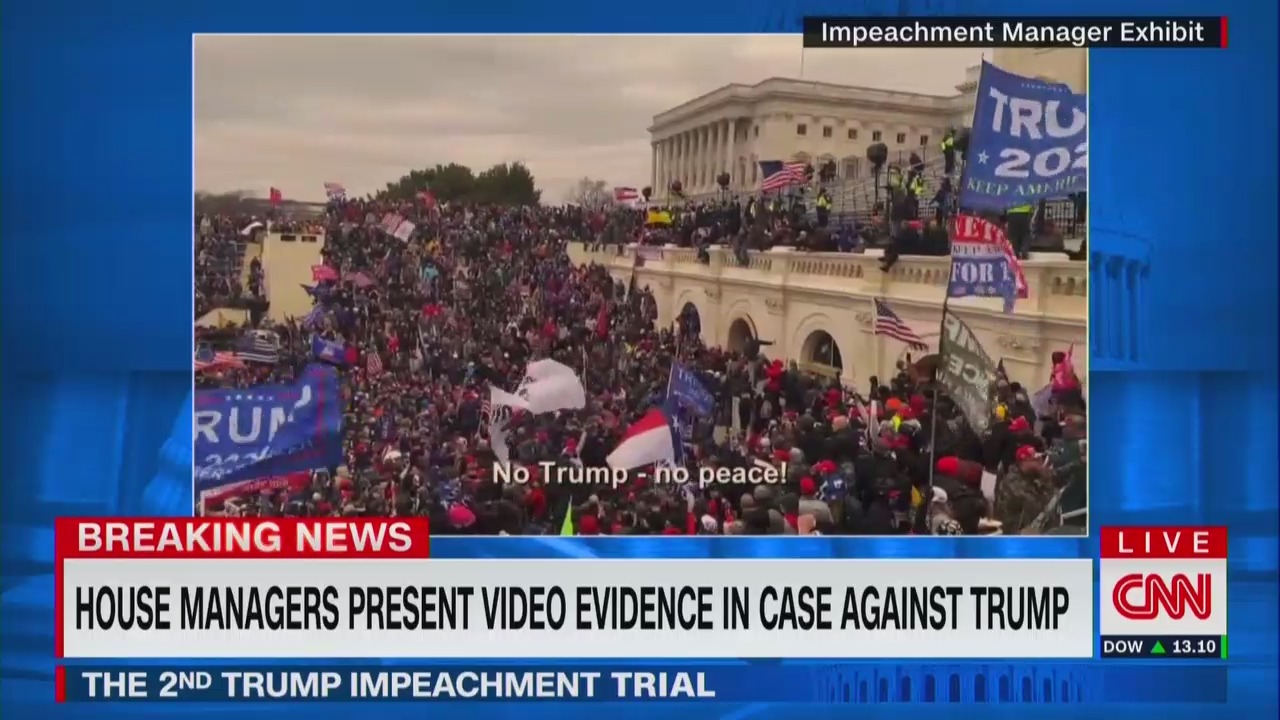 The footage was introduced by impeachment manager Rep. Jamie Raskin (D-MD). After the montage was played in the Senate chamber — a video which depicted shocking violence and chaos in the Capitol on Jan. 6 — the Maryland congressman argued that the case for Senate conviction ought to be open-and-shut.

“The president was impeached by the U.S. House of Representatives on January 13th for doing that,” Raskin said. “That’s a high crime and misdemeanor. If that’s not an impeachable offense, then there’s no such thing.”

The video generated shock and anger far and wide:

This is still completely unbelievable and so traumatizing.

Did not expect this video to provoke as emotional a response as it has, at least for me. What a stain on our nation this is.

That video alone should be enough. The republicans ignore the evidence at their peril, and ours.

This video montage is still shocking, a month later.

Every single American should see that video. Every damn one.#ImpeachmentTrial

I still don’t believe that happened here. That video was really something.

This is hard to watch again.

This video montage is pretty compelling, and it’s REALLY hard to say Trump didn’t incite an insurrection when they insurrectionists are LITERALLY wearing #Trump flags and hats #impeachment

This is a difficult video to watch. As some Republicans have desperately tried to downplay or move on from the events of January 6, it reminds us of just how harrowing that day was.

The Senate must convict. https://t.co/YgIG8UWNHA

The impeachment video was intense and so difficult to watch. I can’t even imagine what it was like to be there. The insurrection on January 6th was far worse than any of us really know. Wow, just wow.