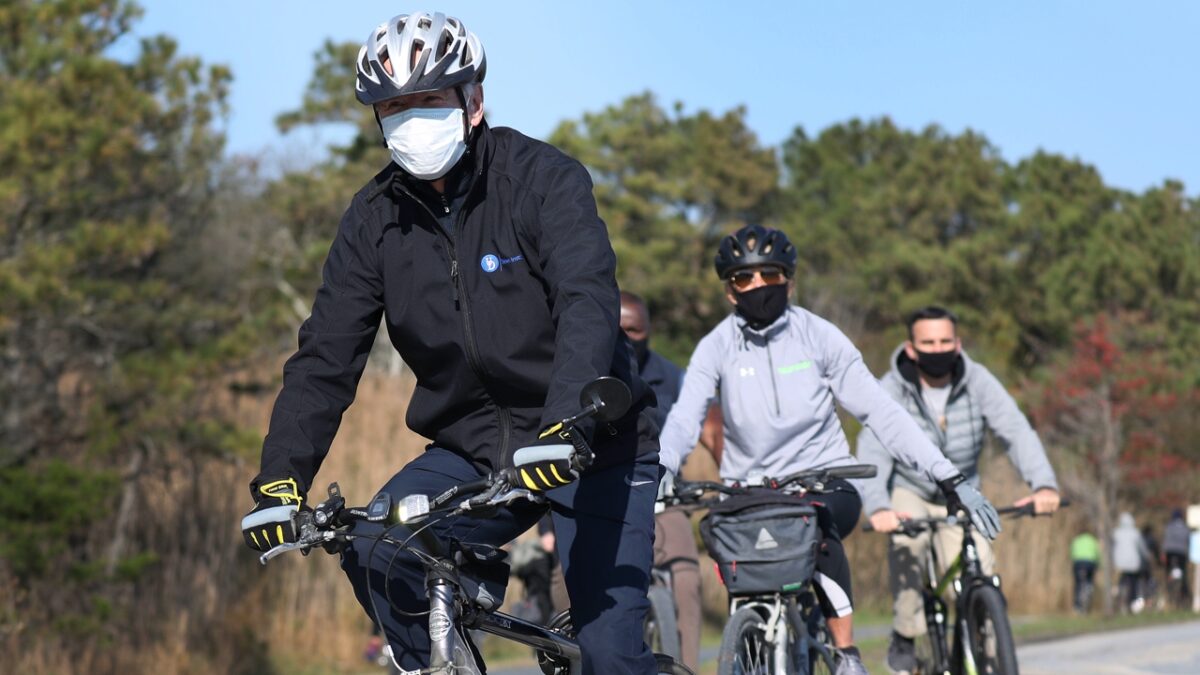 President-elect Joe Biden and his soon-to-be First Lady Dr. Jill Biden were caught on camera taking a peaceful bicycle ride, even as President Donald Trump was reveling in the adulation of a MAGA march in Washington, DC.

On Saturday morning, the contrast between the incoming and outgoing administrations was on display in near-simultaneous moments that were captured on camera and shared widely on social media.

On the one hand was Trump’s appearance at an organized “Million MAGA March” in Washington, DC that featured maskless banner-carrying throngs of supporters, whom the president greeted from the presidential limousine as his motorcade made its way through the crowd.

Joe and Jill Biden head out on a bike ride this morning in Cape Henlopen State Park pic.twitter.com/fwQLYQ55O2

Salutations from a breezy beach side morning! I’m your pooler today.

The pool is holding on a grassy path by Cape Henlopen State Park. Vice President Elect Joe Biden and Dr. Jill Biden, alongside a gaggle of secret service agents, breezed by us on bicycles at 9:40 am. Both said good morning to the pool.

We’re waiting on a patch of grass for the pair to return on their loop. Could be a while.

Good morning. I wrote Vice President elect in the prior pool report. I meant president elect. The pool is in need of caffeine.

Thanks, and I’m sure you all knew what I was talking about.

Around two dozen onlookers have joined us. At 10:31 am Biden passed us once more. When asked if he is any closer to making a cabinet decision he said “yes.”

Pool is now rolling back to our hotel.

As president-elect, interest in Biden’s movements is high, and Pager’s video quickly went viral, despite the lack of a trolly wisecrack to a Fox News reporter.