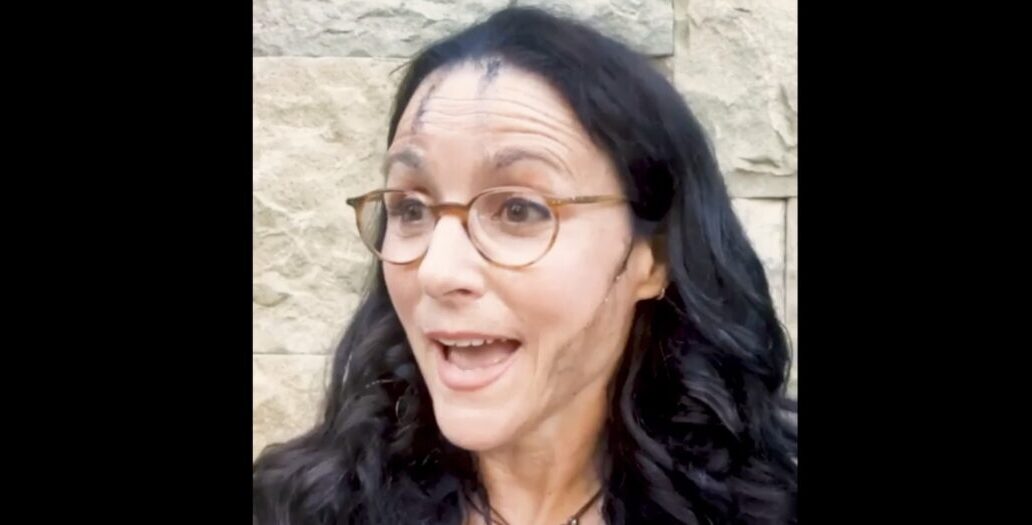 After noting the eery similarities between the 2020 election and the plot of Veep’s fifth season, Julia Louis-Dreyfus spoofed Rudy Giuliani’s leaking black ooze incident to make an exciting Instagram announcement.

Addressing her followers with black paint dripping from her hair onto her face, Louis-Dreyfus announced that the Veep cast will be virtually reuniting for a live table read of fan-favored episode Mother.

“Over the last few weeks, many brave and patriotic Americans have come forward having witnessed similarities between our ongoing election and the TV show Veep,” Louis-Dreyfus said as the video played scenes showing the dueling  “stop the count” and “count the votes” protests.

“And not just a singular example, but a pattern that repeats itself over and over,” she added. “Literally thousands or hundreds of thousands of cases. To any experienced investigator or prosecutor, this would suggest there was a plan from a centralized place, specifically focused on Veep.”

Louis-Dreyfus then appeared with black paint dripping down her face and began to mock the now-infamous press conference held by President Donald Trump’s legal team.

“Have you watched Veep? It’s one of my favorites. With the nice lady?” she said, spoofing Giuliani’s My Cousin Vinny reference.

As she wiped the sweat and paint from her face, Louis-Dreyfus told viewers that the entire Veep cast, along with some special guests, would be reuniting on Sunday, December 6 at 8 p.m. ET to benefit America Votes.

If you want access to the show, donate any amount to help the Georgia Senate runoff elections at ShowUpforGeorgia.com.

“Be forewarned, we shall release the Kraken,” Louis-Dreyfus quipped.