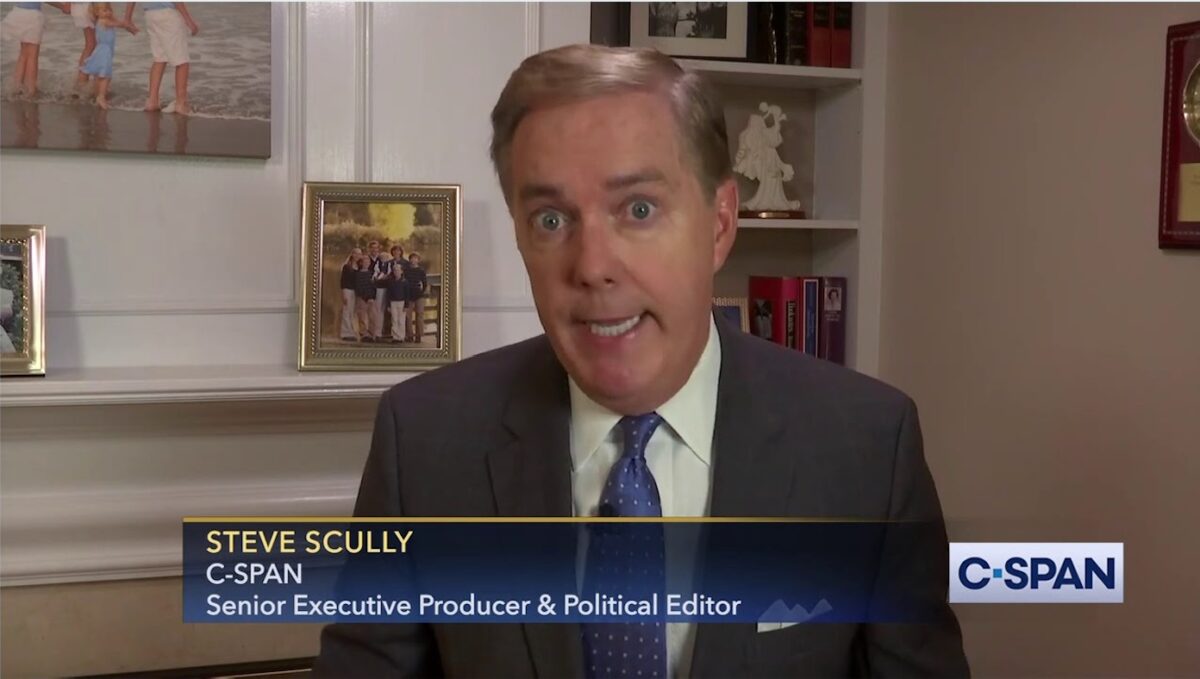 C-SPAN announced on Tuesday evening that it will be bringing back senior executive producer and political editor Steve Scully off of administrative leave this week after being suspended for lying about his Twitter account getting hacked. However, Scully will not return to his previous on-air duties, initially.

In a public statement, C-SPAN said the it was “appropriate” for Scully to be relieved of his duties during the presidential campaign.

“We view the October’s events as a singular episode in an otherwise successful 30-year C-SPAN career,” then network explained.   “We reiterate the belief that, now after having completed a three-month administrative leave, he can continue to contribute to C-SPAN’s mission.”

C-SPAN says that Steve Scully, who was caught lying about his Twitter account being hacked, will remain at the network.

“We view October’s events as a singular episode in an otherwise successful 30-year career.” pic.twitter.com/2qc6oTF13e

Back in October, Scully, who was due to moderate the second 2020 presidential debate, was suspended by the network after he admitted that he had lied about his Twitter account being hacked, when he appeared to have accidentally sent a public message to Anthony Scaramucci asking his advice after Trump attacked the C-Span host.

But the network won’t allow Scully to step right back into his previous position as host of the political call-in show, Washington Journal.

“His initial assignments will be off-air producing C-Span television and resumption of his work on C-SPAN Radio’s Washington Today and The Weekly, a podcast/interview program,” the network said.

Of note, C-SPAN’s claim that Scully’s false claim about being hacked in October suggests that the networks take at face value two previous claims on his part that his Twitter account was hacked back in 2012 and 2013.