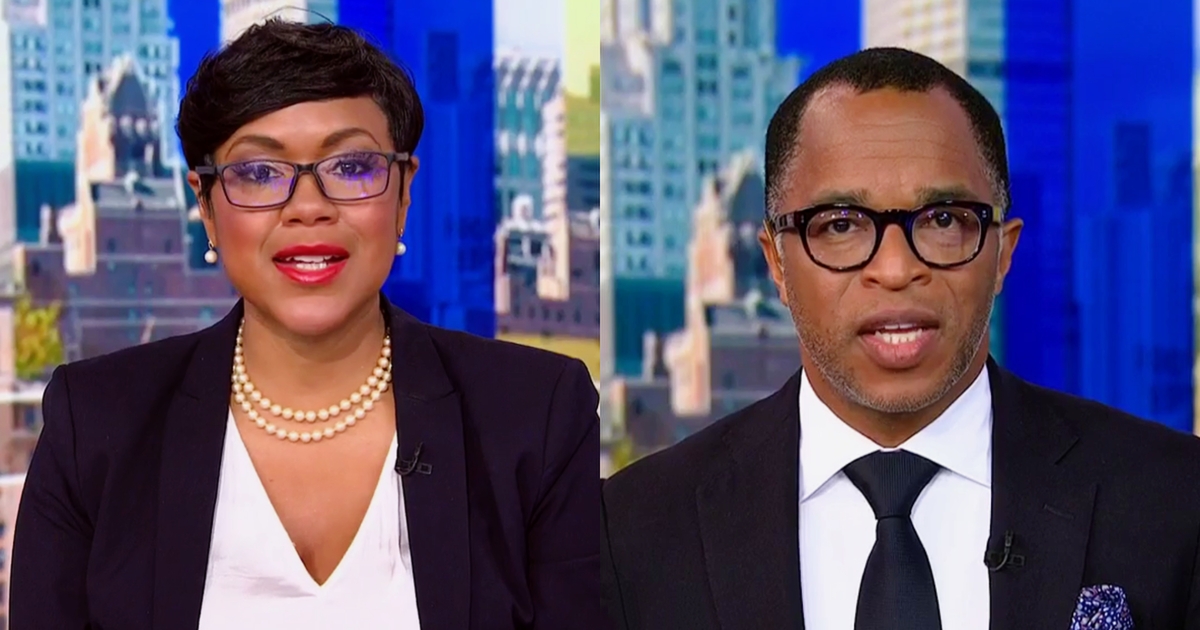 Cross and Capehart had been competing for the slot following Reid’s promotion to weeknights — Cross was even the first guest-host of post-Reid AM Joy in June — sparking rumors that she would ultimately replace Reid.

Who will replace @JoyAnnReid?

Three sources tell me these folks have been discussed as possible replacements for Joy who is leaving her weekend perch to take over 7 PM weekdays on MSNBC.@TiffanyDCross @CapehartJ @soledadobrien @Yamiche @mayawiley @ZerlinaMaxwell

Although Ali’s list was pretty on the nose, instead of competing for the slot, Cross and Capehart will split the hosting duties:

Cross, a political analyst and author of Say It Louder! Black Voters, White Narratives, and Saving Our Democracy, will anchor on Saturdays between 10 a.m. and 12 p.m ET. Capehart, who has worked as an MSNBC contributor since 2009, will lead Sundays at the same time.

Their shows are set to debut December 12 and December 13, respectively, and although still unnamed, Cross has been using the hashtag “CrossTalk” — perhaps giving followers a hint on her show’s title.

Cross and Capehart’s addition to the team adds some much-needed diversity to the network, as, similarly to their competition, MSNBC only has a few people of color in key on-air roles, such as Craig Melvin and Reid.

When promoted this summer, Reid became the first Black woman to host a primetime show on cable news.

“Jonathan Capehart has been a longtime member of the MSNBC family and his steadfast dedication to great journalism, along with Tiffany Cross’ fresh expert analysis, offer our MSNBC weekend morning audience the best of both worlds from two very different life and worldview experiences,” said  Phil Griffin, president of MSNBC, in a statement.