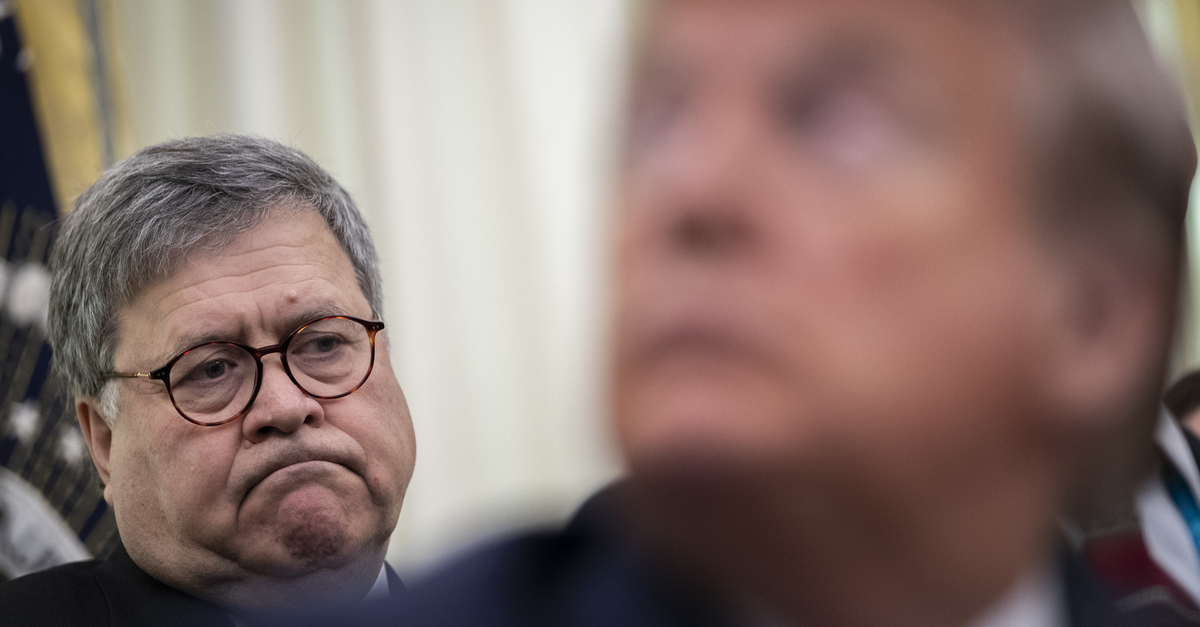 President Donald Trump posted a call for Attorney General William Barr to be fired today if he knew about the Hunter Biden tax investigation in April, but failed to publicly disclose it.

On Saturday morning, Trump posted a tweet from conservative media figure Todd Starnes that read “If the Wall Street Journal story is true and Attorney General Barr knew in the spring about the Biden investigation and kept it quiet — he should be fired by the end of business today.”

But word of the investigation actually did leak in October, a time so optimal for political leaks that there’s a term for it: the October surprise.

Trump also posted several other tweets, rife with lies and misinformation, as part of his Saturday morning tweetstorm.

Earlier this week, the Biden story became bigger news when President-elect Joe Biden’s transition team released a surprise statement in which Hunter Biden said that his taxes are being investigated by the U.S. Attorney’s Office in Delaware.

“I learned yesterday for the first time that the U.S. Attorney’s Office in Delaware advised my legal counsel, also yesterday, that they are investigating my tax affairs,” he said in the statement.

“I take this matter very seriously but I am confident that a professional and objective review of these matters will demonstrate that I handled my affairs legally and appropriately, including with the benefit of professional tax advisors.”

The announcement included a statement from the transition team saying, “President-elect Biden is deeply proud of his son, who has fought through difficult challenges, including the vicious personal attacks of recent months, only to emerge stronger.”