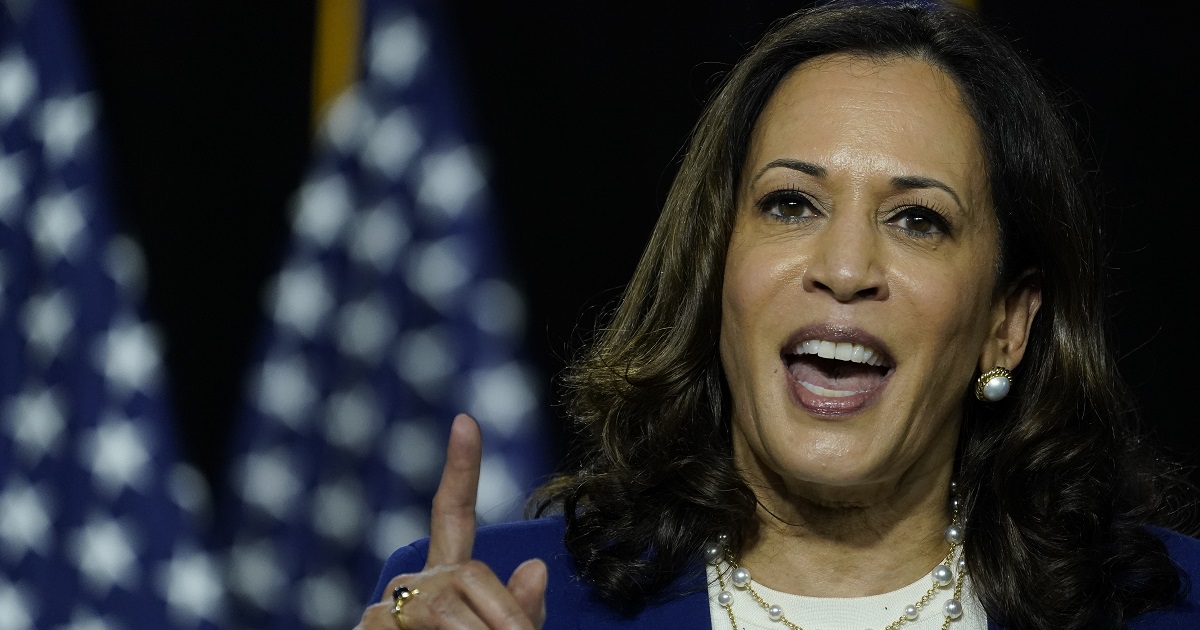 Vice President-elect Kamala Harris is facing accusations of plagiarism after telling Elle Magazine a story from her childhood that sounds very similar to one told by Civil Rights leader Martin Luther King Jr.

In an October interview, Harris recounted a story her mother told of attending a civil rights march in Oakland, California when she was a child.

“My mother tells the story about how I’m fussing,” Harris recounted. “And she’s like, ‘Baby, what do you want? What do you need?’ And I just looked at her and I said, ‘Fweedom.’”

Social media users including Andray Domise, a contributing editor for Maclean’s Magazine, noted the story was remarkably similar to one King Jr. first told in a 1965 interview with Playboy.

So it turns out Kamala Harris lifted her “Fweedom” story from a 1965 Playboy interview with Martin Luther King, by Alex Haley. Much thanks to @EngelsFreddie for spotting the similarityhttps://t.co/zDONW4Ueqs pic.twitter.com/yQuWZHYEMz

“I will never forget a moment in Birmingham when a white policeman accosted a little Negro girl, seven or eight years old, who was walking in a demonstration with her mother,” King said. “‘What do you want?’ the policeman asked her gruffly, and the little girl looked at him straight in the eye and answered, ‘Fee-dom.’ She couldn’t even pronounce it, but she knew. It was beautiful! Many times when I have been in sorely trying situations, the memory of that little one has come into my mind, and has buoyed me.”

Guess we know why Biden chose his running mate. He saw a lot of his own plagiarism in her.

Harris has told the story from her mother since at least 2004, when she made reference to it in an interview with W Magazine. She also wrote about it in her 2009 book, Smart on Crime.

It isn’t the first time the Democratic Party’s 2020 ticket has been whacked on charges of telling false stories. Joe Biden famously ended his first campaign for president in 1988 after it emerged that he had been lifting parts of speeches from U.K. Labour Party leader Neil Kinnock, and that he had failed a course in law school after plagiarizing five pages of a law-review article.

Biden faced similar issues in 2020, including for a claim he made several times during the Democratic presidential primaries that he had been arrested while seeking to visit Nelson Mandela in a South African prison in the 1970s. “I had the great honor of meeting him,” Biden said in one speech during a visit to South Carolina. “I had the great honor of being arrested with our U.N. ambassador on the streets of Soweto trying to get to see him.”

Critics subsequently noted that Soweto is more than 700 miles away from Robben Island, where Mandela was held, while the U.S. ambassador to South Africa at the time, Andrew Young, said he had no recollection of the events Biden described. “No, I was never arrested and I don’t think he was, either,” Young said.

A spokesman for Biden’s campaign later clarified that Biden meant he had been “separated” from his party at the airport.