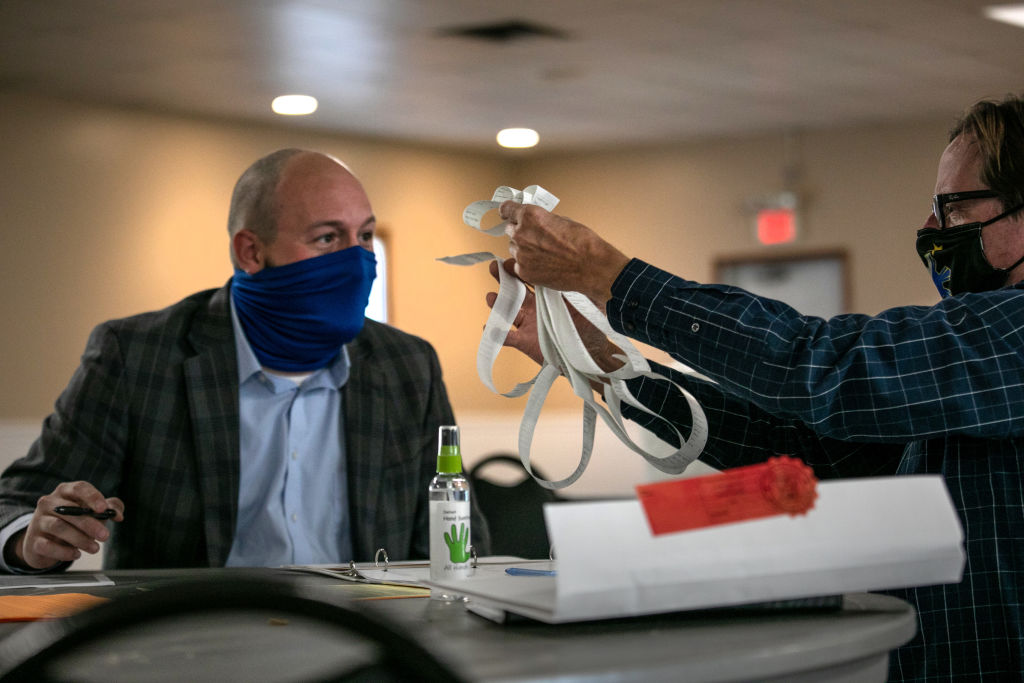 The Wayne County Board of Canvassers deadlocked along party lines to refuse to certify the county’s ballot count, with the two Republicans voted against the two Democrats to approve President-elect Joe Biden’s overwhelming victory.

According to Detroit Free Press reporter Niraj Warikoo, the board voted 2 – 2 on Tuesday, denying the smooth vote certification of the most populous county in Michigan, which encompasses the city of Detroit, as well as its western and southern suburbs.

Dem member blasts Republicans for “allowing politics” to block certifcation: “There is no reason under the sun for us not to certify this election…irresponsible”

One Democrat on the county canvassing board lashed out at the Republicans’ tactic as partisan monkey-wrenching.

“I smell politics at the core of this action,” Jonathan Kinloch said. “I smell the games.”

“I smell politics at the core of this action,” says Democrat member Kinloch of the Republicans on 4-member Wayne County Board of Canvassers that just deadlocked 2-2 on certifying election results in Michigan’s largest county, which hasn’t happened in memory. “I smell the games.” pic.twitter.com/7tAK9prwut

If the county fails to certify its own results, state law mandates that the state’s Board of Canvassers would step in and handle validating the count. That four-person board is also evenly split along party lines and would meet next Monday to address the unresolved issue.

But Michigan’s Secretary of State Jocelyn Benson put out a statement shortly after the news of the county’s stalemate, subtly pouring cold water on the idea that Republican obstruction over the vote certification would get beyond the state board. She offered the state’s Bureau of Elections to assist settling any minor voting discrepancies and emphasized that the county’s failure to certify “is not an indication that any votes were improperly cast or counted.”

My statement on the actions taken during today’s meeting of the Board of Wayne County Canvassers. pic.twitter.com/Vb2TRpiLdJ