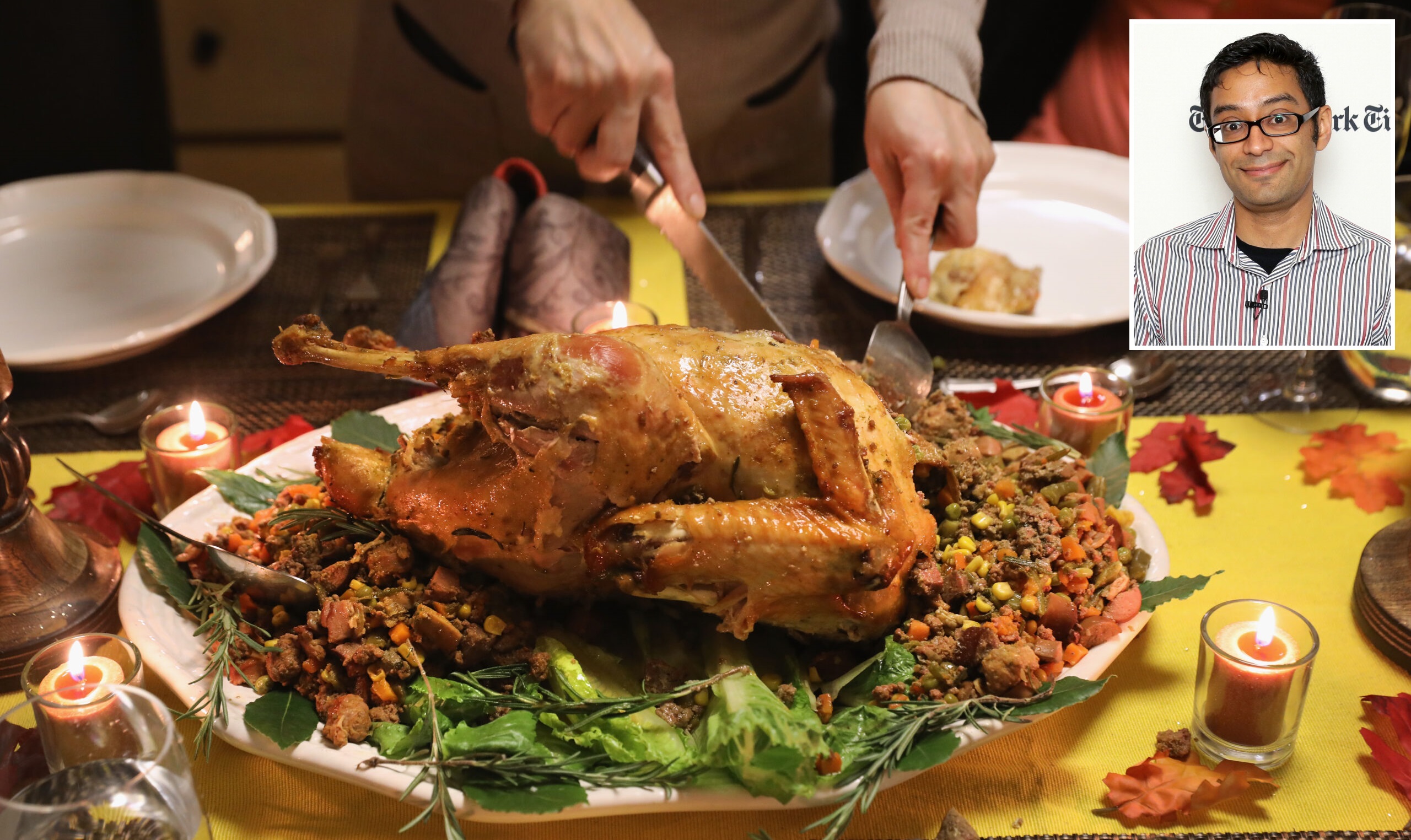 New York Times opinion columnist Farhad Manjoo found himself at the center of controversy after writing an article on his quest to determine whether it is safe to visit his family for Thanksgiving. After finding out how truly massive his bubble of contacts is, the writer concluded that he would spend Thanksgiving with his family in person anyway.

In the Friday article titled, “I Traced My Covid-19 Bubble and It’s Enormous,” Manjoo addresses, in detail, his desire to travel a few hundred miles with his wife and two children to visit his family for a Thanksgiving celebration of less than 10 people.

He detailed that in his research he discovered that his immediate circle can be as high as over 100 people, noting his children’s friends, teachers, classmates, and all of those people’s friends, family, and colleagues.

“Once I had counted everyone, I realized that visiting my parents for Thanksgiving would be like asking them to sit down to dinner with more than 100 people,” he wrote, before concluding that he would still travel anyway.

“The C.D.C. says the safest way to spend Thanksgiving is to stay home. After discovering how huge my bubble is, shouldn’t I just go with that advice? But I can’t do it,” Manjoo declared. “So shame me if you must, but my wife and I decided that we would travel for Thanksgiving.”

Manjoo’s article was ripped apart on social media by other journalists, who branded it irresponsible.

“This is some of the most irresponsible journalism I have ever seen,” commented Washington Post Breaking News Editor Andrea Platten.

This is some of the most irresponsible journalism I have ever seen. https://t.co/o4kz7r0uFc

You discovered and wrote this, and your conclusion is…”fuck it, we’re doing it anyway”?? pic.twitter.com/McpFHBvc9A

Farhad, I hope you realize it’s not just your giant bubble putting you and your family at risk. It’s also you putting everyone in that bubble at risk.

Congratulations on writing an article that will probably lead to more people dying.

Farhad, I respect your work, but this is hideous.

I truly wish you had either come to a different conclusion or decided not to share this one.

Hey man, this is super irresponsible! I’d say you should retract it but the damage is likely already done. This is just really dismaying and I’m really disappointed in you & your editors.

Definitely going to shame you for this irresponsible choice – both to go and to publish. This will cost lives.

Should I take a huge dump in this elevator hundreds of people use every day? I mapped out all the ways this could fuck each person’s day up, and then took a huge dump in the elevator anyway https://t.co/B8og7uiSf4

You could easily read 95% of this piece and think “oh that’s reasonable” and stop reading, but then the end is like “well were travelling anyway. Bye!” https://t.co/s9LZJ3i6ID

We need to stop the spread and stay home and make sacrifices, except for Farhad, he deserves to have a normal thanksgiving with his family and is going to use his platform on the New York Times to tell you why https://t.co/3NZmAUgh9N

this reads like the mental gymnastics i went through at age 16 each time i did decide to go ahead and steal makeup from the neighborhood walmart after dance class, despite the torrent of reasons against doing so https://t.co/L0qoToSTys

lmao what a long winded way of saying i’m gonna do whatever the fuck i want. https://t.co/loCy6JBsoE

One commenter on the New York Times story, who claimed to be the doctor referenced in Manjoo’s large coronavirus bubble, responded, “I’m the doctor in this story. I can’t go see my beloved family for Thanksgiving because every week I see covid patients. I text a (young, spectacularly healthy, covid ) friend every morning as their oxygen level has been dropping and I worry they will end up in the hospital.”

“I wish your family the best, but I can’t help feeling that you’re making a mockery of our sacrifices,” she wrote.

Manjoo responded to say that he is taking in the critiques, but denied that the viral commenter was actually the person she claimed to be.

I get everyone’s criticism and I am reading it / absorbing it.