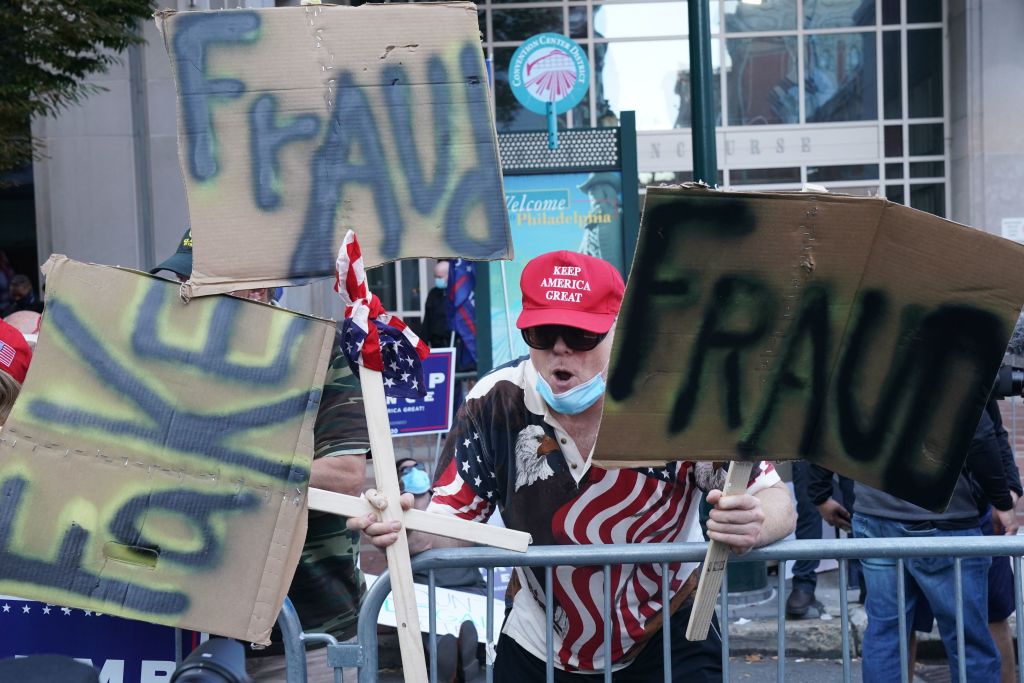 The New York Times has published a thorough report looking into the Trump campaign’s allegations of voter fraud. Reporters contacted elected officials in 46 states and found that not one individual interviewed reported finding any evidence of voter fraud.

Election officials in dozens of states representing both political parties said that there was no evidence that fraud or other irregularities played a role in the outcome of the presidential race, amounting to a forceful rebuke of President Trump’s portrait of a fraudulent election.

Over the last several days, the president, members of his administration, congressional Republicans and right wing allies have put forth the false claim that the election was stolen from Mr. Trump and have refused to accept results that showed Joseph R. Biden Jr. as the winner.

But top election officials across the country said in interviews and statements that the process had been a remarkable success despite record turnout and the complications of a dangerous pandemic.

The Times contacted the offices of the top election officials in every state on Monday and Tuesday of this week, seeking a response on whether they had evidence, or even suspected, illegal voting, and found officials in 45 states willing to respond. “For four of the remaining states, The Times spoke to other statewide officials or found public comments from secretaries of state; none reported any major voting issues,” the story reports.

A recent Ipsos/Reuters poll reveals that 79% of Americans surveyed believed that Joe Biden won the election. However, viewers of Fox News have learned that 70% of Republicans surveyed by a Politico/Morning Consult poll believe it was not a “free and fair” election. While President Donald Trump’s legal team continues to promise evidence that supports their baseless claim of a stolen election, nothing of serious merit has yet come forth. But conservative media outlets have continued spreading a thus-far false narrative that the election was not fair, which explains how three in four Republicans believe that the election was not fair, despite any evidence coming forth.

The exhaustive report was featured on the front page of The New York Times and was featured with a rare full-banner headline, revealing just how important a story this is seen by the Grey Lady’s front-page editors. 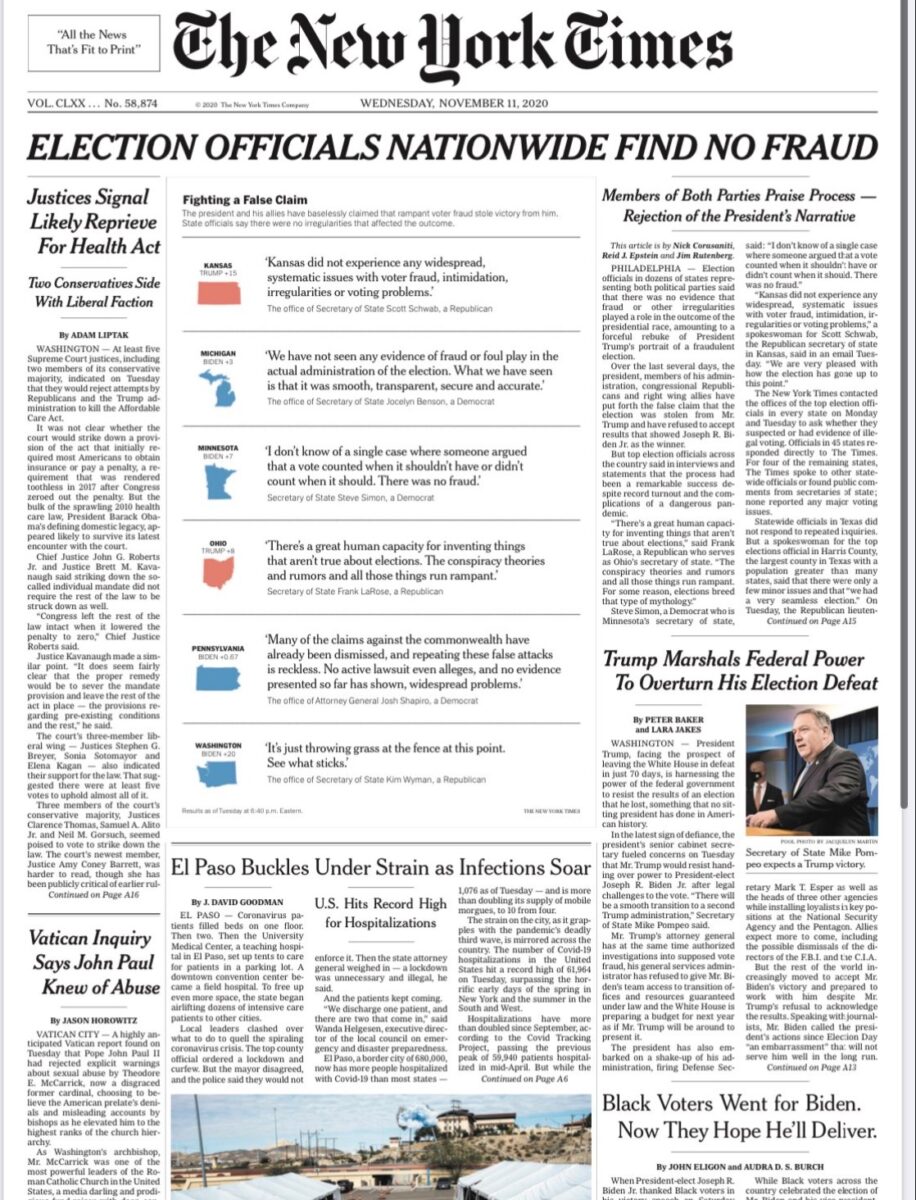