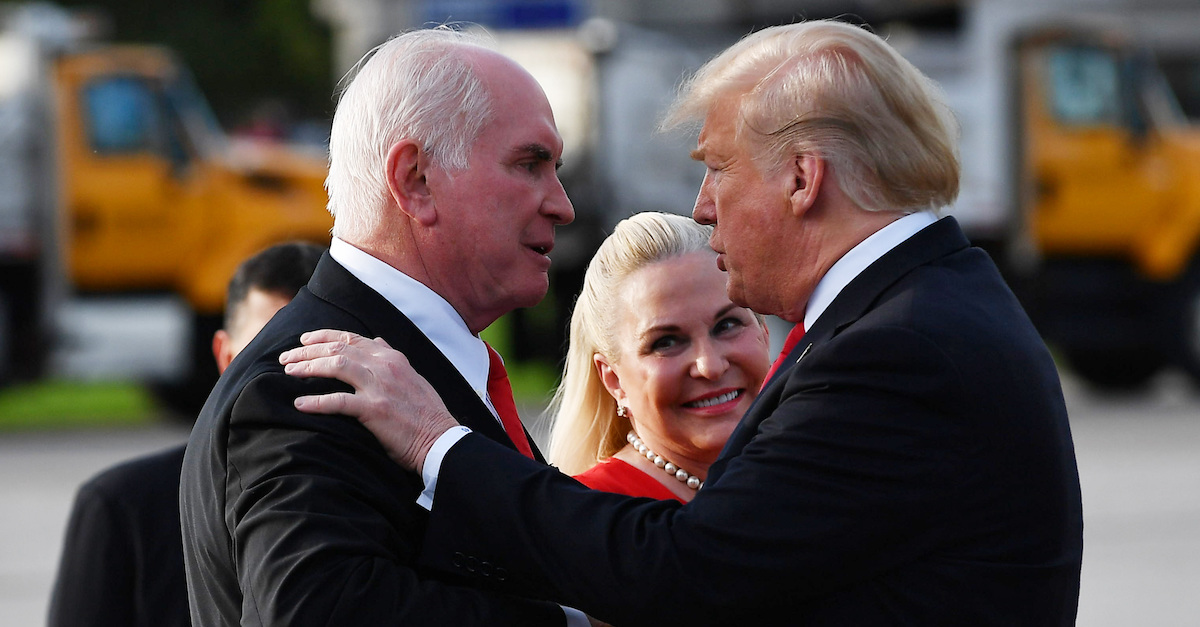 The allies of President Donald Trump have lost yet another legal challenge to the results of the 2020 election.

The seven-member Pennsylvania Supreme Court on Saturday evening dismissed with prejudice a lawsuit filed by a group of supporters of the president alleging that the vote-by-mail scheme employed by the Commonwealth during the 2020 election was unconstitutional.  Among the supporters filing the case was Rep. Mike Kelly, a Pennsylvania Republican and staunch Trump ally.

In dismissing the case, the commonwealth’s highest court sidestepped many core arguments and instead did what courts often do:  it relied on a simple procedural remedy which did not decide a core constitutional issue.  In this case, the majority of justices held that the doctrine of laches prevented the matter from being heard.  That doctrine states generally that the persons bringing a claim simply waited too long to bring it and that the delay resulted in unreasonable prejudice to those on the other side.

Here, the court framed those on the other side as the voters of the commonwealth.  The court was blunt and brief in its three-page takedown of the challenge to the results of the election.  “As a remedy, Petitioners sought to invalidate the ballots of the millions of Pennsylvania voters who utilized the mail-in voting procedures established by Act 77 and count only those ballots that Petitioners deem to be ‘legal votes,’” the unsigned per curiam opinion states.  (Act 77 promulgated much of Pennsylvania’s vote-by-mail plans.)  Then came the more pointed and more technical criticism:

The want of due diligence demonstrated in this matter is unmistakable. Petitioners filed this facial challenge to the mail-in voting statutory provisions more than one year after the enactment of Act 77.  At the time this action was filed on November 21, 2020, millions of Pennsylvania voters had already expressed their will in both the June 2020 Primary Election and the November 2020 General Election and the final ballots in the 2020 General Election were being tallied, with the results becoming seemingly apparent.  Nevertheless, Petitioners waited to commence this litigation until days before the county boards of election were required to certify the election results to the Secretary of the Commonwealth.  Thus, it is beyond cavil that Petitioners failed to act with due diligence in presenting the instant claim.  Equally clear is the substantial prejudice arising from Petitioners’ failure to institute promptly a facial challenge to the mail-in voting statutory scheme, as such inaction would result in the disenfranchisement of millions of Pennsylvania voters.

In short, the court said that the petitioners should have filed their grievances about Act 77’s mail-in voting system when it was first adopted — not after election results rolled in which they happened to dislike.

Justice David Wecht filed an eight-page concurring statement which more precisely laid out the arguments the petitioners could have made leading up to the election.  His assessment of the core complaint was even more blunt:

Petitioners cannot carry their enormous burden. They have failed to allege that even a single mail-in ballot was fraudulently cast or counted. Notably, these Petitioners sought to intervene in a federal lawsuit in which the campaign of President Donald J. Trump—an ostensible beneficiary of Petitioners’ efforts to disenfranchise more than one third of the Commonwealth’s electorate—explicitly disclaimed any allegation of fraud in the conduct of Pennsylvania’s General Election.

Justice Wecht also trolled the petitioners by directly citing the words of Trump Campaign Attorney Rudy Giuliani in a related but separate federal proceeding.  In that now-infamous case, Giuliani said that his legal grievances were “not a fraud case.”  After quoting Giuliani, Justice Wecht said, “the absence of fraud allegations from this matter—not to mention actual evidence of fraud—alone is fatal to Petitioners’ claims.”

Chief Justice Thomas Saylor filed a four-page statement concurring in part and dissenting in part which was joined by Justice Sallie Updyke Mundy.

Saylor and Mundy agreed that undoing the 2020 election was a very bad idea.  “As the majority relates, there has been too much good-faith reliance, by the electorate, on the no-excuse mail-in voting regime created by Act 77 to warrant judicial consideration of the extreme and untenable remedies proposed by Appellees,” Saylor wrote.  However, he disagreed that the entire case should be tossed; he believed the broader matter “presents troublesome questions about the constitutional validity of the new mail-in voting scheme.”  Thus, Saylor agreed with Rep. Kelly and his cohort to the extent Act 77 may have “result[ed] in effectively amending the Constitution via means other those which the charter itself sanctions.”  Legally, Saylor would have denied any of the “proposed injunctive remedies” against the 2020 election results but would have left the core challenge to Act 77 to move forward to possibly affect future elections.

The full court’s order to dismiss the case with prejudice means the case cannot be filed again.

This piece began as a breaking news report and has since been updated substantially.