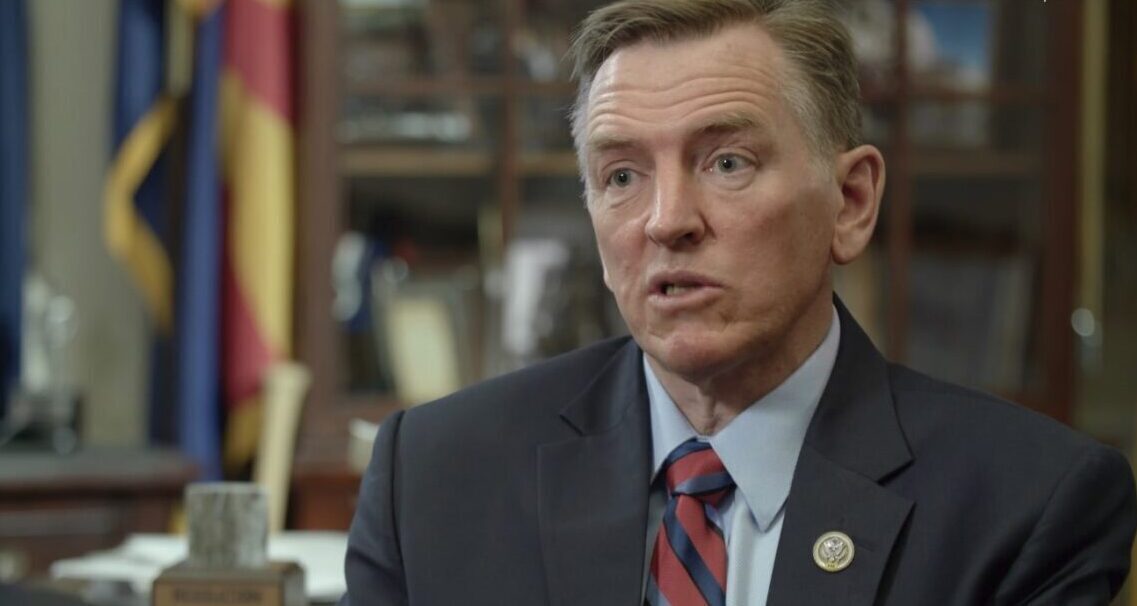 Either Rep. Paul Gosar (R-AZ) needs a history lesson or he truly meant to favorably compare himself to the Nazi-allied Japanese soldiers who kept fighting decades after World War II ended.

Gosar took to Twitter on Monday night to let his followers know that “the America First agenda is just in its infancy,” comparing MAGA fans to the Japanese soldiers that “kept fighting for decades after the war.” Yup, seriously.

The America First agenda is just in its infancy. There are 75 million of us.

Also. Did you know some Japanese soldiers kept fighting for decades after the war? @Cernovich @ali @kelliwardaz pic.twitter.com/w74Dfvw3fX

“The America First agenda is just in its infancy. There are 75 million of us,” he wrote. “Also. Did you know some Japanese soldiers kept fighting for decades after the war?”

Gosar also included a screenshot of Teruo Nakamura’s Wikipedia page, which explained that the soldier was the last known Japanese holdout to surrender after the war ended in 1945. Despite the conflict’s end, Nakamura did not surrender until 1974, 29 years later.

Japanese holdouts were Imperial Japanese Army soldiers who continued to fight in the war despite their country’s surrender — some doubted the validity of the formal surrender while many simply did not know the war was over because their communication had been cut off by the Allies.

So, Gosar is either implying that he does not believe in the legitimacy of President-elect Joe Biden’s victory, 0r he’s admitting to being cut off from reality.

Either way, he’s comparing himself to Nazi-allied soldiers and Twitter noticed:

Did you know American soldiers won the war? https://t.co/wVYCwN9nsn

Yes, some Japanese soldiers kept fighting after WW2 ended because they were marooned in the jungle and cut off from reality.

Just an elected official comparing his political tactics to those of the soldiers of Imperial Japan; the ones who committed widespread crimes against humanity across E. Asia, constituted part of the Axis powers along w/ Nazi Germany, and who killed some 111k U.S. troops. Normal. https://t.co/Vms0jATWUx

Fun fact about Nakamura: he left all of his fellow soldiers after several disagreements and spent twenty years living by himself in a 20x30m fenced-in field on a remote Indonesian island

A Republican congressman is using Japanese soldiers who fought for decades after World War Two ended as a *positive* comparison for himself. https://t.co/sfHOAlLDUq

I forget…how did it work out for those Japanese cultist in caves fighting for the emperor for years after the end of the war? https://t.co/jjw9wCq60Z

And may you all be inspired by Suniuo and move to a deserted island in Indonesia. Take Trump with you. We’ll leave you be, @DrPaulGosar 🤦🏼‍♂️ https://t.co/Rx2SP6IYhJ

Fun historical fact: Hiroo Onada, who spent 29 years after the war in hiding in the Philippine jungle, believed news of Japan’s surrender was Allied propaganda. https://t.co/Ul3uIvnXll

“We’re going to be like those Japanese soldiers who hid out in the jungle and refused to admit they lost World War II” is, uh…not the winning argument you think it is. https://t.co/j8Uirvs46G

Huh. Comparing someone to the Japanese who kept fighting the U.S. after victory was once seen as a grand slur. https://t.co/QSKKm7Rtff https://t.co/WO9vvkxEbs

So you admire fascists. Got it. https://t.co/A8s9X8xdKe

In this election, I voted to send @DrPaulGosar to a Pacific island far, far away so he can defend MAGA for another 29 years after the rest of the Republicans finally surrender to the ballot box this fall.https://t.co/KgPZVWhVx7