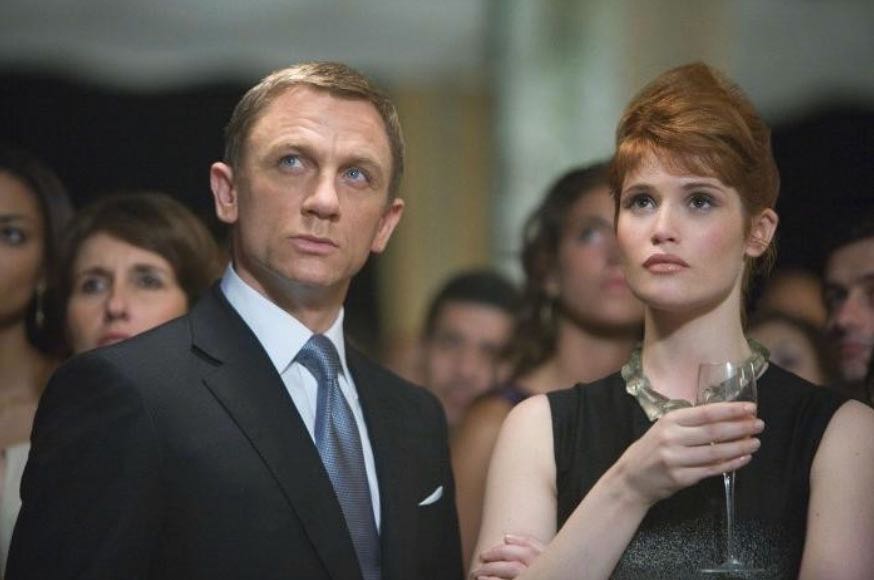 Gemma Arterton revealed in a new interview that she has regrets about playing a Bond girl in 2008’s Quantum of Solace.

“At the beginning of my career, I was poor as a church mouse and I was happy just to be able to work and earn a living,” the actress told The Sun. “I still get criticism for accepting Quantum of Solace, but I was 21, I had a student loan, and you, know, it was a Bond film. But as I got older I realized there was so much wrong with Bond women.”

In the movie, Bond seduces Arterton’s character while they’re staying in a hotel together during a mission. “Strawberry should have just said no, really, and worn flat shoes,” Arterton said of the scene.

In September, Arterton told The Telegraph that she would not accept a role like Strawberry at this point in her career.

“I can’t really remember what’s in it or what I did, but I know I wouldn’t choose a role like that now,” she said. “Because she was funny and she was sweet, but she didn’t really have anything to do – or a backstory.”

Craig, who’s set to make his final appearance as Bond in 2021’s No Time to Die, admitted earlier this year that he finds the term “Bond girl” to be reductive.

“I don’t even call them Bond girls,” he told Vanity Fair. “I’m not going to deny it to anybody else. It’s just, I can’t have a sensible conversation with somebody if we’re talking about ‘Bond girls.’”

Ana de Armas, who plays Bond’s love interest in No Time to Die, told Vanity Fair that her character “feels like a real woman,” which she credited to the screenplay being co-written by Fleabag star Phoebe Waller-Bridge.