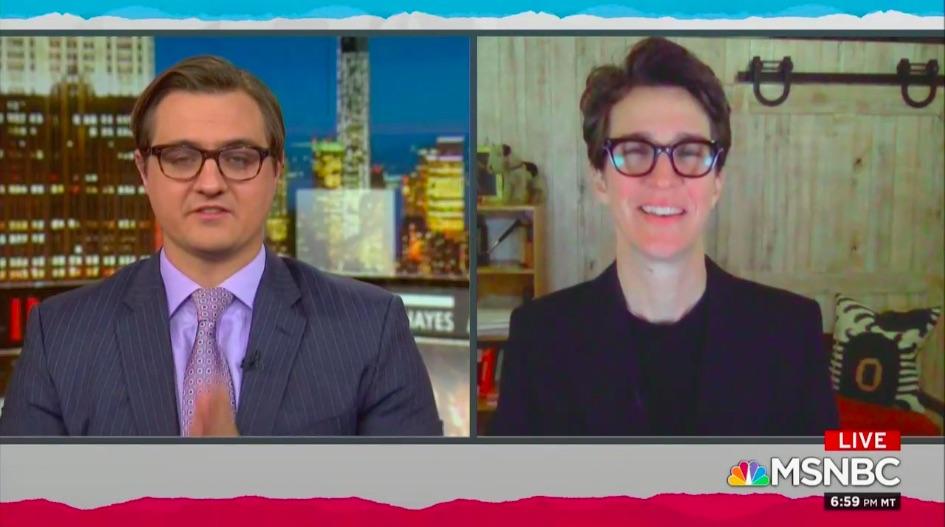 Rachel Maddow’s return from a Covid hiatus on Thursday to her eponymously-named MSNBC show earned it top ratings at 9:00 p.m. in overall viewers, while her competition at Fox News fell to third in that timeslot in the coveted 25 – 54 age demographic.

According to Nielsen Media Research, The Rachel Maddow Show was the most-watched program at 9:00 p.m. with 3.78 million viewers, thanks, in part, to her highly anticipated return, in which she offered an emotional opening monologue revealing that her partner had almost died from the coronavirus. Close behind her was Fox’s Hannity, with 3.71 million overall viewers. Cuomo Prime Time came in third in total audience with 2.82 million.

Across all of primetime, CNN topped cable news in the demo, with 655,000 A25 – 54 viewers, eking out a win over Fox News’ 637,000 and far beyond MSNBC’s 492,000 mark. But Fox solidly defeated its cable rivals with 3.75 million total viewers on Thursday, driven by Tucker Carlson Tonight‘s first-place sweep in both overall and demo cable news viewers, with 4.62 million and 796,000, respectively. MSNBC was runner-up in total audience on Thursday with 3.06 million and CNN came in third with 2.56 million.