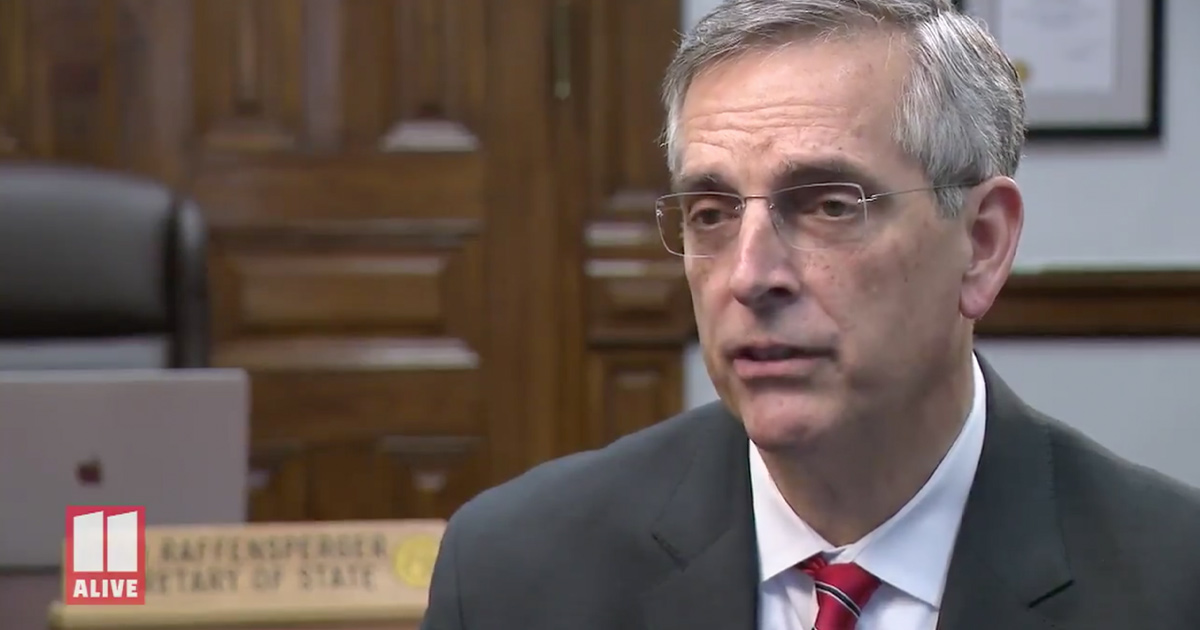 Georgia Secretary of State Brad Raffensperger said in a new interview Monday that his office would not have said anything about his call with Donald Trump if the president hadn’t falsely tweeted about it.

As Politico reported today, Raffensperger’s office decided to record the president because of Trump’s record of “reinventing history.” And as one adviser put it, “So if he’s going to try to dispute anything on the call, it’s nice to have something like this, hard evidence, to dispute whatever he’s claiming about the secretary. Lindsey Graham asked us to throw out legally cast ballots. So yeah, after that call, we decided maybe we should do this.”

And in that call, Trump very clearly pressured Raffensperger on the election results, falsely claimed he won Georgia, and threw out a number of conspiracy theories Raffensperger and his general counsel had to smack down.

11Alive reporter Brendan Keefe directly asked Raffensperger, “If the president hadn’t tweeted, and tweeted something that was false, would we have ever heard that call recording?”

The secret Trump/Raffensperger recording was released because of the president’s false tweet about the Secretary of State. Listen to @GaSecofState tell us that there was no confidentiality stipulation & why any expectation of privacy on the call was shattered by @realDonaldTrump pic.twitter.com/qvNgfjxIoa

“And if you’re going to put out stuff we don’t believe is true, then we will respond in kind.”

Some Trump allies have responded to the stunning call from the president by saying the real outrage is that it was leaked.