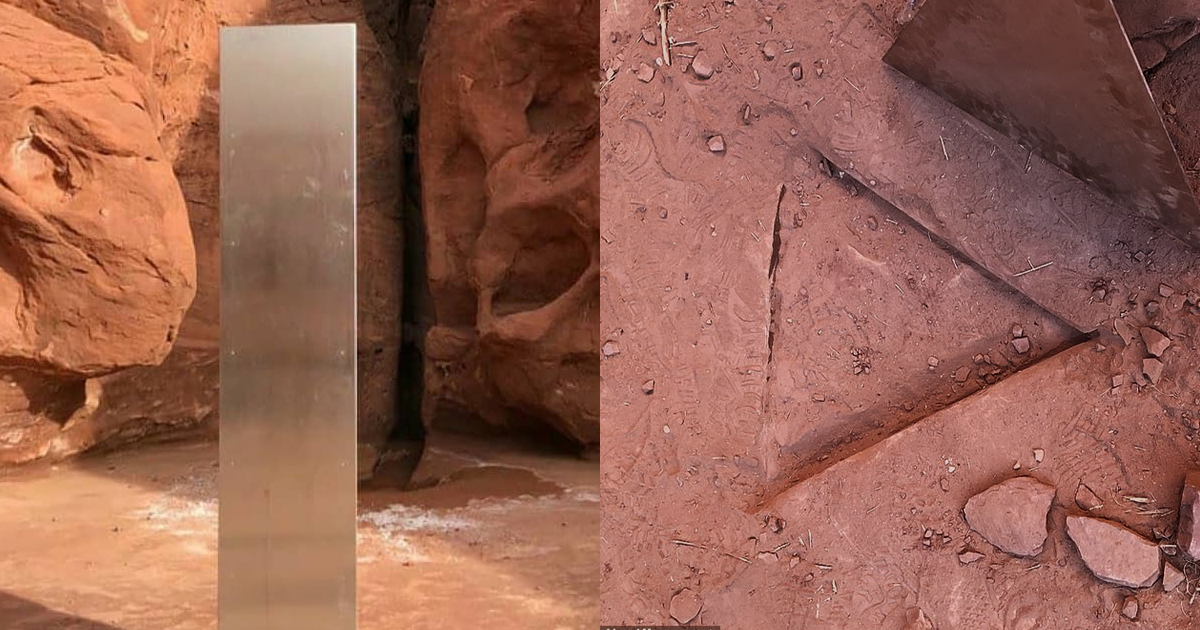 As part of 2020’s latest act, a monolith suddenly appeared in the Utah desert on November 18, causing quite a stir — only to mysteriously disappear last weekend. Now, someone has come forward with an explanation.

Although a complete enigma to most, avid hikers can probably guess what happened to the 12-foot metal object that appeared in the desert: It was removed by a group of people looking to preserve and protect the Earth.

Photographer Ross Bernards took to social media on Monday to claim that he knows what happened to the monolith, because he witnessed the removal himself.

Bernards explained that while he was visiting the monolith after the crowds had left, a group of four men appeared at around 9 p.m., pushed the metal object over, broke it apart, and carried it away in a wheelbarrow.

“Leave no trace,” one of the men reportedly said to Bernards.

“If you’re asking why we didn’t stop them,” read the post. “Well, they were right to take it out.”

“Leave no trace” is a concept embraced by groups like the Leave No Trace Center for Outdoor Ethics, which says it aims to protect the outdoors by teaching people to enjoy it responsibility.

The organization works to ensure people “leave no trace” while hiking. That mandate includes the removal of huge metal structures and other pieces of art that attract masses of people typically foreign to the area.

“We stayed the night and the next day hiked to a hilltop overlooking the area where we saw at least 70 different cars (and a plane) in and out,” the post continued. “Cars parking everywhere in the delicate desert landscape. Nobody following a path or each other. We could literally see people trying to approach it from every direction to try and reach it, permanently altering the untouched landscape.”

“Mother nature is an artist,” Bernards added. “It’s best to leave the art in the wild to her.”