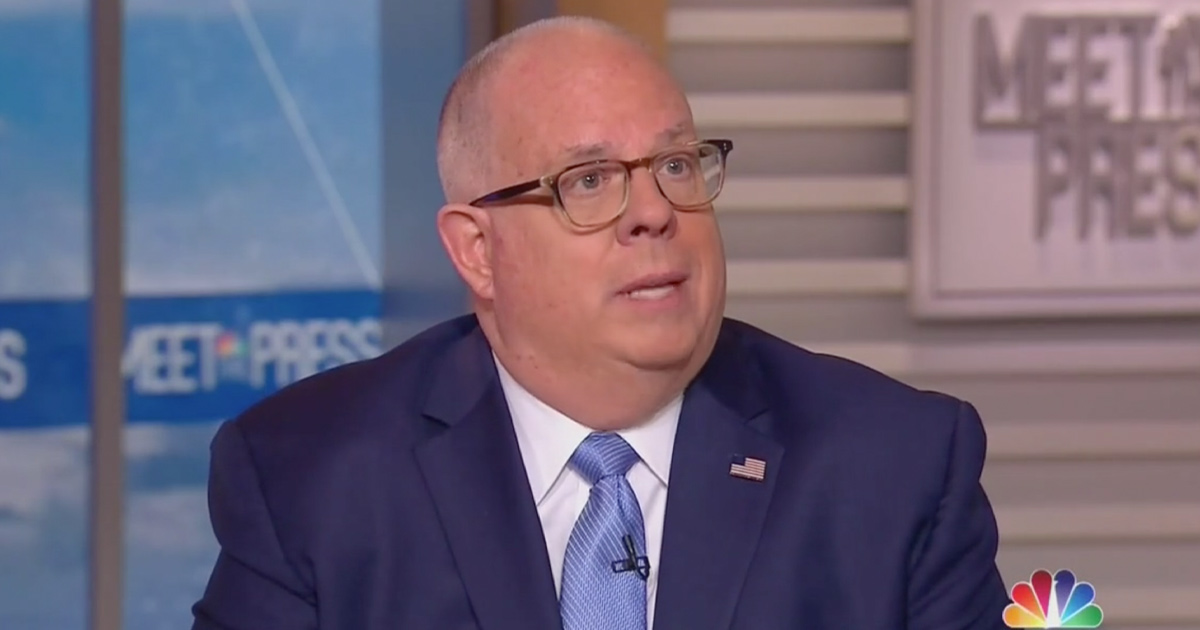 Maryland Governor Larry Hogan (R) doubled down on Sunday as he told Donald Trump to “stop golfing and concede” the election after the president sniped at him for his criticism.

Hogan used an interview with CNN’s Jake Tapper to say he was “embarrassed” that so many of his fellow Republicans refuse to stand up to Trump as he continues his effort to overturn his 2020 Election defeat. This was part of a broader lament that the United States is “beginning to look like we are a banana republic” when it used to set the international standard for honoring free and fair elections.

There is a slight possibility Trump was watching Hogan, because even though he didn’t offer a direct response to the interview, he sent out this tweet insulting Hogan and taking a shot on his coronavirus leadership.

“This RINO will never make the grade,” Trump said. “Hogan is just as bad as the flawed tests he paid big money for!”

Report: Maryland Gov. Larry Hogan, Anti-Trump Hero, Paid for Flawed Coronavirus Tests from South Korea https://t.co/PHV7euutVb via @BreitbartNews. This RINO will never make the grade. Hogan is just as bad as the flawed tests he paid big money for!

The Breitbart article Trump tweeted is aggregated from a Washington Post report which says that Hogan spent over $9 million in state funds to import 500,000 Covid tests from South Korea. The tests were never used, however, because they turned out to be flawed.

Hogan, who has often criticized Trump’s pandemic leadership, explained months ago that he acquired those tests because the president’s Covid response wasn’t doing anything to help Maryland, so Hogan asked his wife — an immigrant from South Korea — to help him strike a deal with her native government. The Post’s report says the Hogan administration tried to conceal the flaws of the South Korean tests they got, and they paid $2.5 million to acquire replacement tests.

Hogan took notice of Trump’s attack, and he retorted by burning the president for repeatedly playing golf ever since his defeat.

“If you had done your job, America’s governors wouldn’t have been forced to fend for themselves to find tests in the middle of a pandemic, as we successfully did in Maryland,” Hogan said. “Stop golfing and concede.”

If you had done your job, America’s governors wouldn’t have been forced to fend for themselves to find tests in the middle of a pandemic, as we successfully did in Maryland.