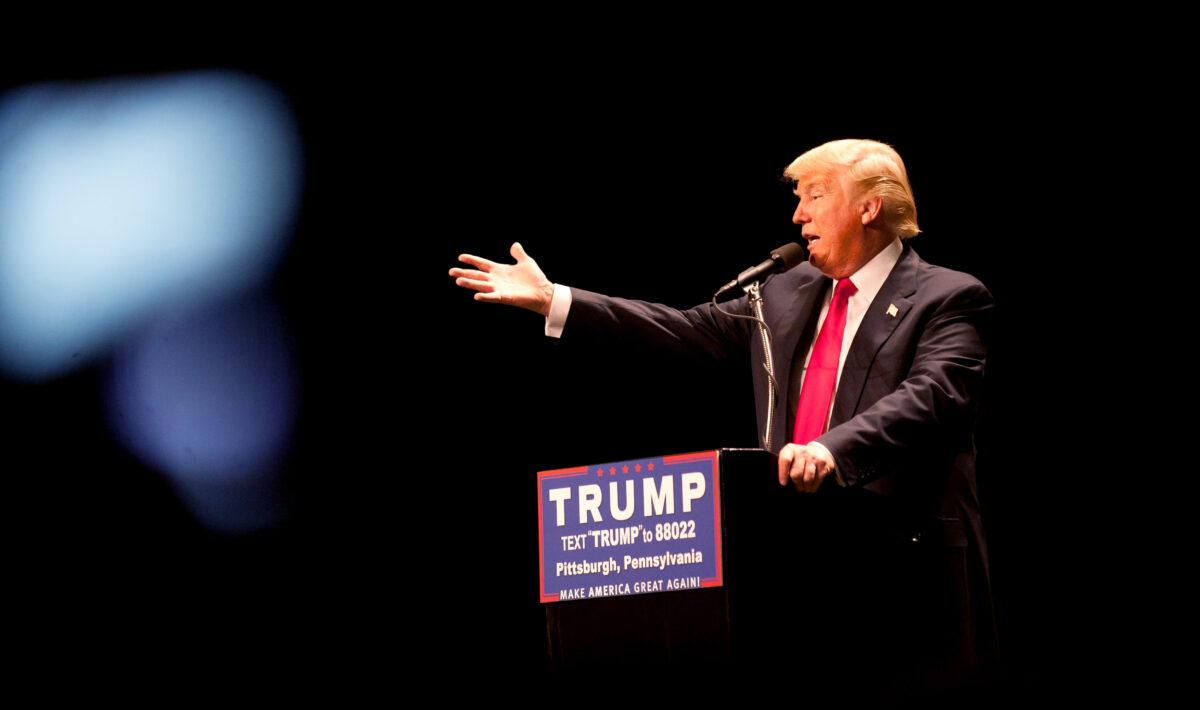 Donald Trump is so desperate to convince his base that he’s not a loser that he’s baselessly claiming that Democrats committed election fraud to win the 2020 election. But here’s the thing, only one of the two candidates in the 2020 election urged his supporters to cheat, and that person was Donald J. Trump.

Trump is the king of projection.

In September, Trump called on his supporters to vote twice in the election: First by mail and then to cast a second ballot in person. The first time Trump urged his supporters to commit voter fraud was at a rally in early September, telling them how he wanted them to attempt to vote twice for him, “Let them send it [absentee ballot] in and let them go vote, and if their system’s as good as they say it is, then obviously they won’t be able to vote.”

In response to Trump’s remarks, a spokesman for the North Carolina State Board of Election made it clear that, “Intentional willful double voting is a felony.” But that didn’t stop Trump from repeating his message over and over to his supporters, urging them to vote by mail and then in person, adding, “let’s see what happens.”

As of now, there’s no proof that Trump supporters followed Trump’s call to action–but given the devotion of Trump supporters, it’s hard to believe at least some didn’t do what Trump asked. And the current lack of evidence of Trump supporters voting twice could change with Attorney General Bill Barr’s new call to federal prosecutors to investigate possible election fraud.

True, Barr did this to help Trump, but the reality is that it will be career federal prosecutors handling these investigations and I have confidence they will go where the evidence leads. That means if you were a Trump supporter who did what your beloved Trump asked and you did vote twice, you might be thinking about lawyering up because the U.S. Attorney in your area might just be coming for you.

But Trump’s claim of voter fraud after he lost an election is nothing new. After the 2016 election in which Trump lost the popular vote to Hillary Clinton by nearly 3 million votes, Trump claimed that the only reason Clinton trounced him was because of widespread voter fraud. In fact, after that election, Trump formed a voter fraud commission charged with rooting out fraud from the 2016 election and preventing any repeats in the future. Well that commission disbanded in early 2018 after not finding evidence of voter fraud.

Perhaps if Trump hadn’t disbanded that commission, they could have prevented the claimed fraud Trump says marked the 2020 election?

Although to be fair, I must admit there was a case of actual election fraud in 2018 that resulted in criminal charges and a new election being ordered. Was that involving a Democratic campaign? Nope, it was by a Republican during Trump’s own administration. In the 2018 midterm election, a North Carolina Republican congressional campaign operative engaged in “unlawful” and “coordinated” plot to tamper with absentee ballots to help GOP candidate Mark Harris. After hearings by the North Carolina state election board, a new election was ordered and the GOP operative was later indicted on multiple felonies for his election scheme.

Turning back to Trump’s 2020 assertions of election fraud, at this point most GOP elected officials have rallied around Trump’s fact-free claims because they pathetically fear the wrath of Trump. Although some have had the courage to speak out, such as Georgia’s GOP Lieutenant Governor Geoff Duncan who declared on Monday morning on CNN that there hasn’t been “any sort of credible examples” of voter fraud.

But these lies about election fraud are a fitting end to the Trump presidency that has been marked by lies from day one. Trump began his 2016 presidential campaign on June 16, 2015, after slithering down the escalator at Trump Tower, with the lie that Mexico was sending “rapists” to America. From there Trump has lied—per fact checkers—over 22,000 times in his four years in the White House, a rate of 50 lies per day on average. And now he ends his regime with a lie about voter fraud.

In this election the only fraud to be found is Donald Trump. And come January 20, that fraud will thankfully be escorted out of the White House.

Dean Obeidallah, a lawyer, hosts SiriusXM radio’s The Dean Obeidallah show and is a columnist for the Daily Beast and a CNN.com Opinion Contributor.