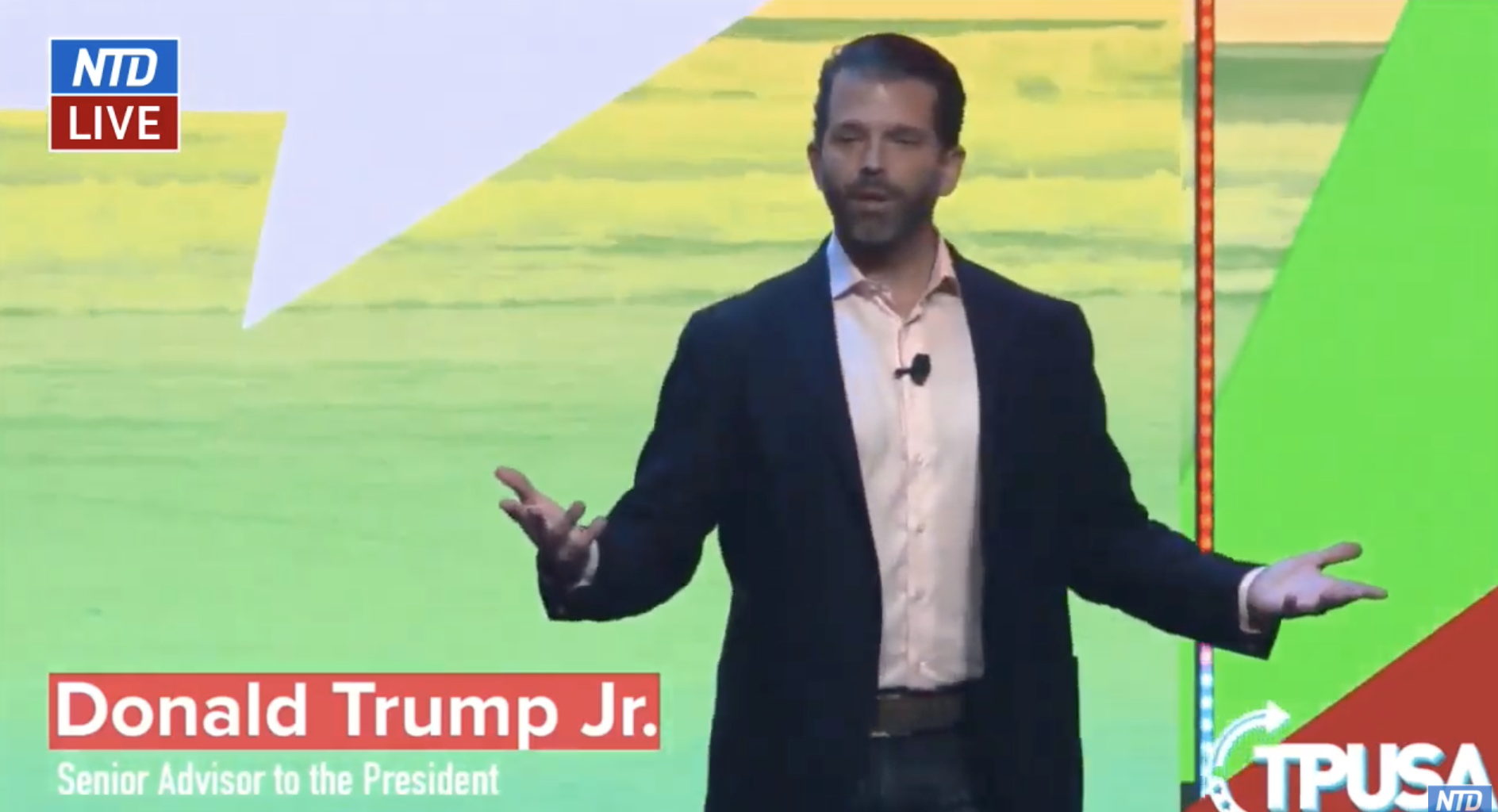 The young conservative attendees stuck standing outside of Turning Point USA’s annual Student Action Summit conference in West Palm Beach, Florida, due to coronavirus restrictions turned out not to be the fault of the county, but rather pro-Trump pundit Charlie Kirk’s student organization.

The blame from attendees has been sporadically aimed over the course of the night, with some blaming TPUSA, others such as TPUSA “Chief Creative Office” Benny Johnson blaming the county.

However, as local Florida CBS 12 reporter Jay O’Brien reported on Saturday night, TPUSA neglected to adhere to the convention center’s capacity, which the conservative organization knew ahead of time.

“Palm Beach County, not exactly a conservative place, so, I guess they are trying to make it difficult,” Trump Jr. stated.

Turning Point COO responds. Cites “phases” which are no longer part of Florida’s reopening plan. Everything in state is wide open, no restrictions unless agreed to.

But, his overall point is that TPUSA didn’t sign a contract w/ capacity restrictions.https://t.co/N9rnTsDnAn

O’Brien further fact-checked Bowyer, tweeting “everything in [the] state is wide open, no restrictions unless agreed to.”