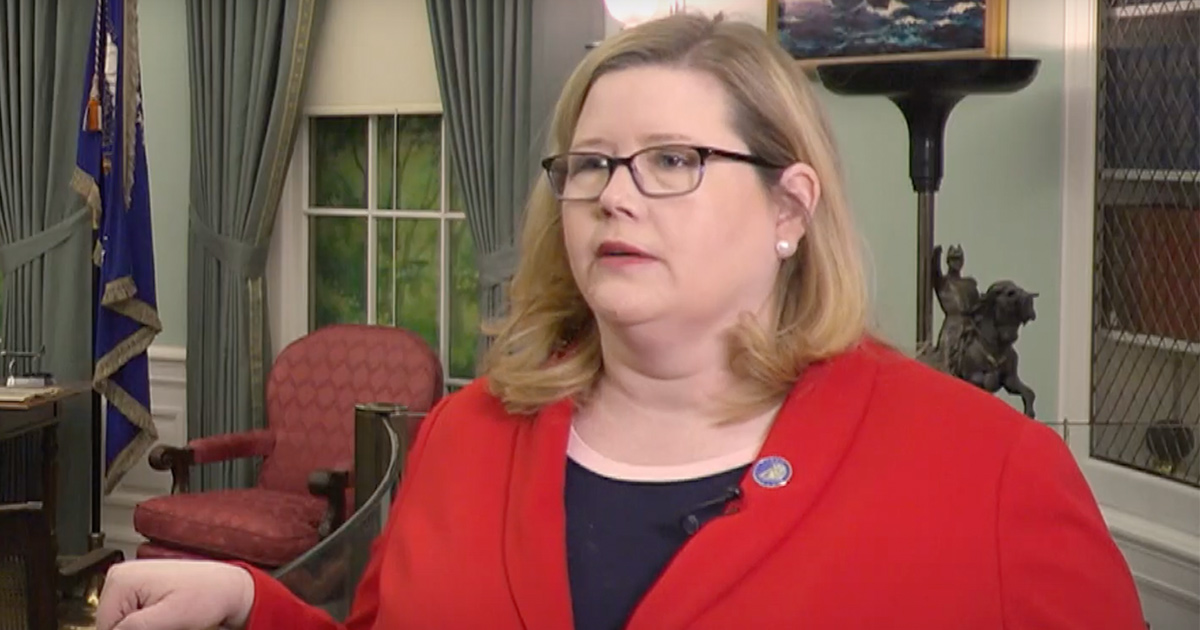 Not sure if there is polling on this, but I’m guessing more than 90% of Americans have no idea what the Federal Government’s General Services Administration (GSA) is, or does. Nor would many Americans recognize the name of the GSA’s Administrator, Trump appointee Emily Murphy.

For the overwhelming majority of time, the GSA Administrator oversees a large federal agency that manages the government’s sprawling real estate. Thousands of office buildings and other facilities, from coast to coast.

In years where there will be a new President, however, the GSA Administrator plays a critical role in the Presidential Transition.

The Transition is, of course, the period of time between the election in November and the swearing-in of the new President in January of the following year. During the transition, the GSA provides congressionally appropriated funds, office space, and support to the incoming President’s staff. The assistance allows the newly elected President’s transition team to begin the vetting process of the thousands of political appointees who will be required to staff the new administration. It allows the transition to have so-called “landing teams” of officials in hundreds of federal agencies, everything from the Agriculture Department to the Western Area Power Administration. Critically, it allows the President-elect to receive the daily national security briefing, also known as the President’s Daily Brief, or PDB, and this year, for the incoming administration’s Covid-19 response team to prepare for the massive responsibility of deploying a coronavirus vaccine to millions of Americans next spring.

But none of that is happening right now, which is why Ms. Murphy is in the news. Thus far, she has refused to sign the “ascertainment” of the “apparent winner” required by the Presidential Transition Act of 1963.

Why she is refusing to do so is a mystery. It has been 13 days since all of the major US news services officially projected President-elect Joe Biden as the winner.

Murphy is not answering questions from reporters or explaining her thinking in any way. All anyone has to go on is a statement full of word salad from her press office.

“There are no updates at this time,” Pamela Pennington, a GSA spokeswoman, said in an email to the Washington Post. “An ascertainment has not yet been made. GSA and its Administrator will continue to abide by, and fulfill, all requirements under the law and adhere to prior precedent established by the Clinton Administration in 2000.”

Let’s unpack that paragraph. The idea that the 2000 election is analogous to the most recently concluded one is insane. That election hung on the outcome of one state, Florida, and a difference of 537 votes.

The outcome of the 2020 election has been decided by a more than 6 million vote margin, and the President-elect has—based on publicly released vote totals—won 306 electoral votes, well over the 270 required.

Murphy, no doubt aware of the criticism (richly deserved) she is receiving, has decided to respond, not by publicly explaining her reasons for inaction, but instead by launching a PR offensive courting stories with positive portrayals of her from both CNN and The Washington Post.

An anonymous source the Post calls a senior Trump administration official told the paper that, “Murphy is confiding to others that she feels extreme pressure, knowing that whatever decision she makes will bring her scrutiny, including the possibility that Trump could fire her if she crosses him.”

Extreme pressure? You know what?

I’m also relatively certain that the 79,783,857 Americans who voted for Joe Biden don’t care either.

Whatever pressure Murphy is feeling is completely self-inflicted. Since the Presidential Transition Act’s passage back in 1963, nine of her predecessors have signed the ascertainment of the apparent winner, and in eight of those cases, it happened less than 24 hours after the election winner was called. No fanfare. It just happened.

The only inkling of what is guiding her process is a quote from the same anonymous administration official, who told the Post, “She wants to see what happens with all of the states, and she is looking for cues from the White House…”

If Murphy is waiting until President Donald Trump concedes to do her job, then she’s the only person in Washington who doesn’t understand that will NEVER happen. Come January 20th, 2021, she’ll become the first GSA administrator, in US history, to completely stonewall a Presidential transition.

The lack of transition is a danger to national security, according to dozens of former officials, including former Trump Chief of Staff Gen. John Kelly. It is also likely a matter of life and death for millions of Americans, whose access to the recently announced coronavirus vaccines may be delayed the longer Murphy drags her feet. All because she’s worried she might be fired in December, instead of January, when the new administration will replace her anyway.

It’s time for Murphy to stop angling for sympathy, or positioning herself for a post-government gig. It’s time for her to follow the plain text of the law and do her job.

To steal from fictional President Andrew Shepherd, in the classic The American President …

“This is a time for serious people (Emily) and your fifteen minutes are up.”