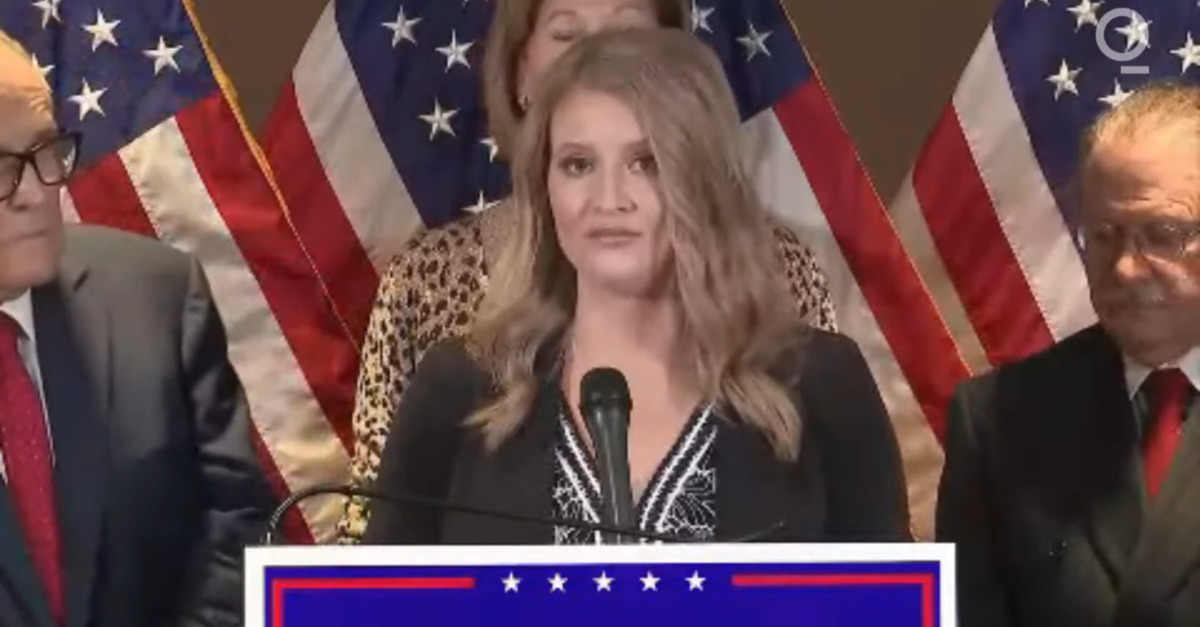 Another day went by and so the dead-end Trump 2020 campaign’s legal team suffered yet another self-induced legal mishap.

In the U.S. legal system, various parties often submit proposed orders which outline their preferred form(s) of relief in any given legal case or controversy. Judges can then accept or reject such proposals in whole or in part. Legal experts quickly cried foul over the bizarre addition of Brann’s own name by the plaintiffs–criticizing the Trump campaign for effectively adding in the judge’s signature before he even had a chance to sign off on, bin or even review the order.

Election law expert, CNN election law analyst and University of California, Irvine Law Professor Rick Hasen was one of the foremost voices to criticize the decision:

“[S]o striking is the Trump campaign lawyers’ incompetence in not even signing their proposed amended complaint,” he noted. “AND mistakenly signing the judges name to the proposed order to accept that complaint.”

Trump campaign senior legal adviser Jenna Ellis did not take it in stride:

Ok Mr. Practicing Attorney. This is an EXHIBIT to a motion for leave to file. Not the actual amended complaint. It’s a blue-lined doc per FRCP.

The judge’s s/ is a courtesy so that if he approves, all he has to do is place his seal.

Notably, Ellis appeared to dig in and retrench the campaign’s position by claiming that the district judge’s signature was typed into the order without his consent as “a courtesy.” In other words, Ellis was saying that this was normal and Hasen was wrong.

But, as it turns out, the Trump campaign ended up taking Hasen’s implicit advice:

Last night, Trump adviser @JennaEllisEsq mocked @rickhasen for noting that Trump’s team had presumptuously signed a proposed court order with the judge’s name. They just re-filed it without the signature. https://t.co/nB1ftii8nS pic.twitter.com/5AkEtYHsdb

On Thursday morning, the proposed order was refiled in federal court–without the much-criticized and self-evidently tell-tale signature of the judge overseeing the case.

Well, that’s that for their claim they signed the judge’s name as a “courtesy.”

This is Jenna Ellis who blocked me in the spring when I dared to cite a Supreme Court case (Jacobson v. MA) explaining that states *do* in fact have the authority to issue public-health regulations to fight COVID https://t.co/WWj3fGZ1rN

(Jenna getting into it with Rick is not a fair fight, admittedly, but still a very good reminder that what the Trump team is spewing publicly is, almost invariably, overhyped claims, misdirections, incorrect statements, or outright lies.)

Hasen, for his part, had a terse response to being proven right.