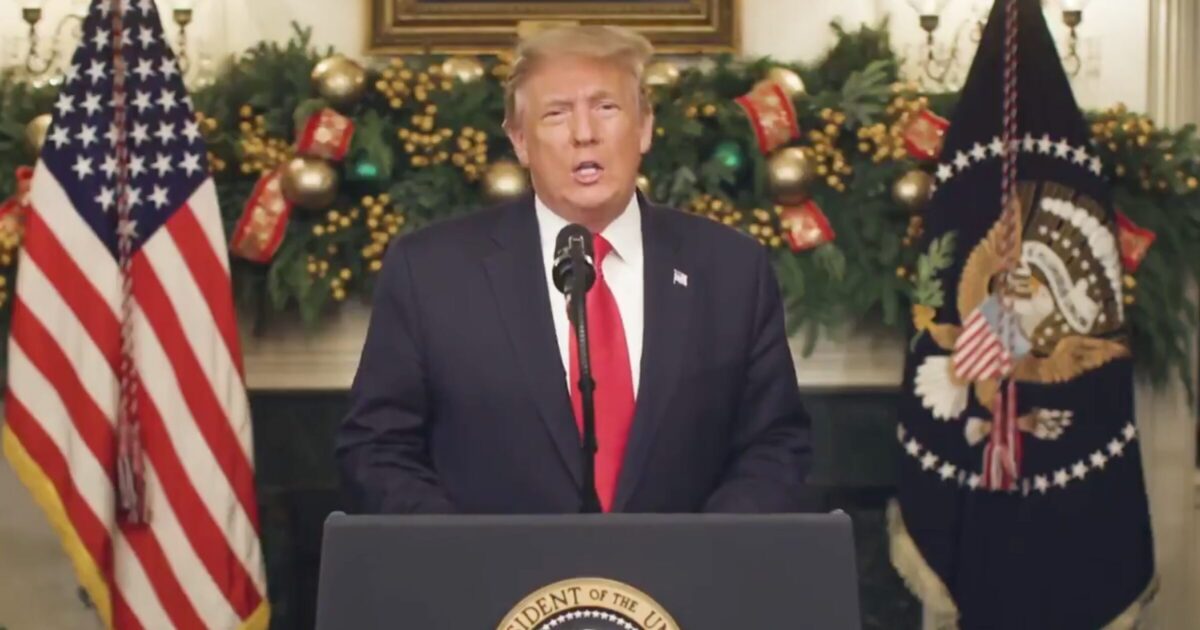 Less than three weeks before his departure from the White House, President Donald Trump is taking one more victory lap for what he views as his accomplishments during 2020.

In an odd, five-minute speech from the White House posted to Twitter, the president touted his record in a variety of areas ranging from the Middle East to the economy. But much of the address was devoted to the work of Operation Warp Speed, and the fact that a coronavirus vaccine hit the market before the end of the year — defying the expectations of many.

“Over and over again, we were told it would be impossible to deliver a vaccine by the end of the year,” Trump said. “All of the experts said, ‘Absolutely unthinkable. Trump is exaggerating. It can’t happen.’ And we did it. … Years from now, they’ll be talking about it. They’ll be talking about this great, great thing that we did with the vaccines.”

The president added, “The world will benefit. We’ll benefit. And everybody’s calling to thank me.”

Even fierce critics of Trump’s administration have given the president credit for Operation Warp Speed’s part in getting Americans vaccinated in such an expedited fashion. However, distribution is significantly behind schedule, having hit several snags.

Trump, in his remarks, also claimed “We built the wall.” Factcheck.org, citing government data, notes that 438 miles of wall have been constructed under Trump. More than 365 miles, though, were replacements for existing wall. (Although, in some spots, the new construction has replaced inconsequential barriers with obstructions which cannot be passed.) Still, the total amount of wall built during the Trump administration will fall many hundreds of miles short of what the president originally promised.