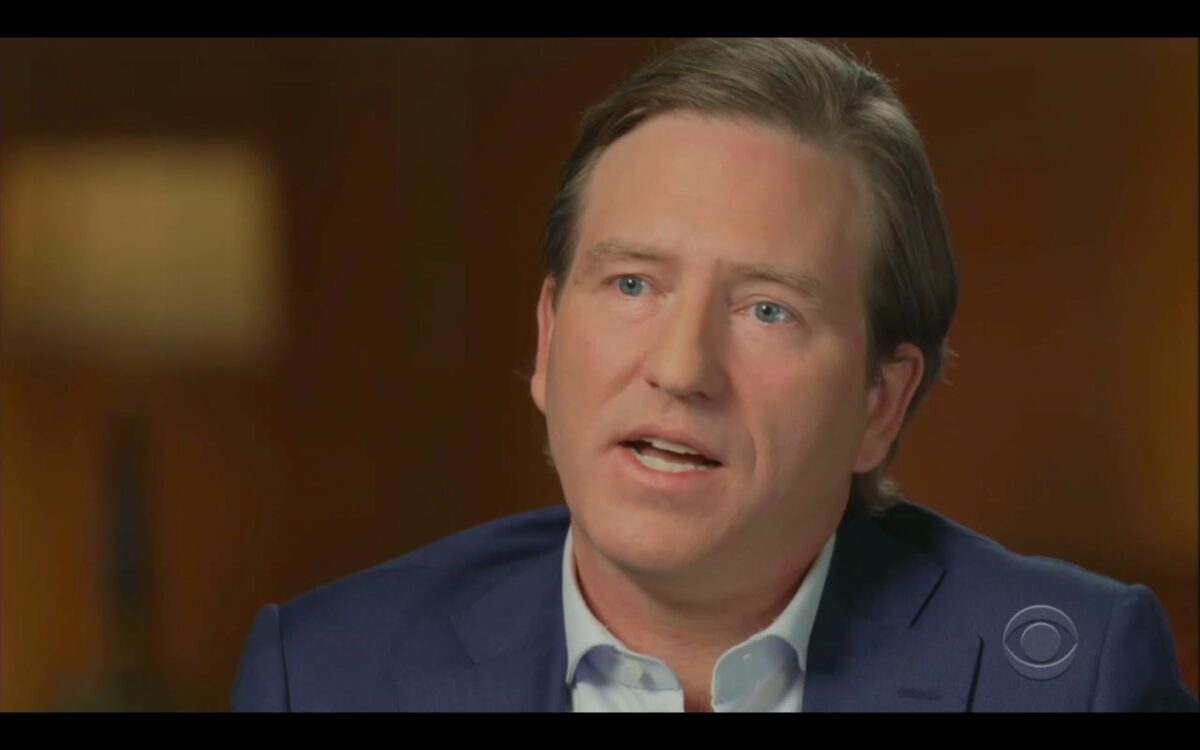 On Sunday evening, 60 Minutes aired an interview with Chris Krebs, the former director of the Cybersecurity and Infrastructure Security Agency (CISA) who President Donald Trump fired after Krebs put out a statement that the 2020 election was the “most secure in American history,” and unsurprisingly, Trump was unhappy about it — and made sure to tweet about it.

CBS had released a preview of Krebs’ interview earlier, and the full segment ran Sunday, with Krebs addressing a series of the baseless claims of election fraud made by the Trump campaign, methodically debunking them one-by-one.

Just like how he fired Krebs by Tweet, the president took to the social media network to air his grievances once again, railing against 60 Minutes‘ “ridiculous, one sided story on election security,” which he called an “international joke.” Trump also complained that they had not asked his campaign for comment and called the election “probably our least secure EVER!”

.@60Minutes never asked us for a comment about their ridiculous, one sided story on election security, which is an international joke. Our 2020 Election, from poorly rated Dominion to a Country FLOODED with unaccounted for Mail-In ballots, was probably our least secure EVER!

So far, Krebs has not replied to Trump’s latest tweeted insult, but he did post a few tweets of his own earlier in the day, noting that the various states’ canvasses, recounts, and audits were proof that the election result was legitimate. “[E]very canvass, audit, or recount conducted by hand has been consistent,” wrote Krebs. “Can’t hack paper.”

Fact Check: Even if the nonsense claims of hacked voting systems and tallies were true – they’re decidedly NOT & ppl propagating the claims are doing democracy great harm – every canvass, audit, or recount conducted by hand has been consistent. Can’t hack paper. #WeArePerseus

Re-upping: Even if “massive [ballot] dumps” (I can’t believe I just typed that) were true, the subsequent canvass, audit, and/or recount processes would have identified inconsistencies. And yet the outcomes were consistent in GA, WI, PA., etc. The proof is in the paper ballots. https://t.co/K723cd56ei