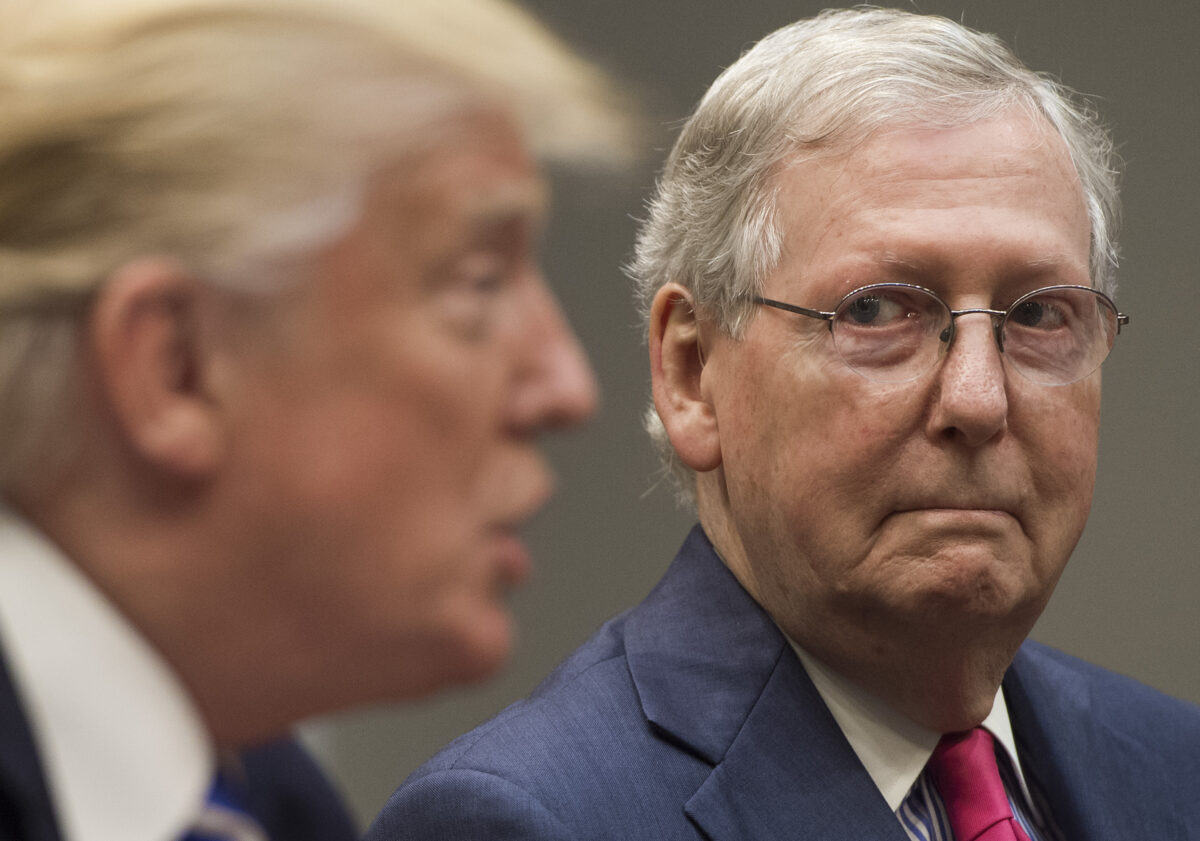 Judged by his most recent tweet, President Donald Trump is not happy with the news that Senate Majority Leader Mitch McConnell has blocked an initial attempt by Senate Democrats to approve $2,000 Covid relief checks.

After months of dead-end negotiations, a bipartisan bill that included $600 stimulus checks was approved early last week. But President Trump sowed chaos when he unexpectedly posted a video to his Twitter feed in which he announced he would be sending the bill back to Congress asking for $2,000 per check, an amount long touted by Congressional Democrats.

Trump eventually signed the bill in his Mar-a-Lago estate at the eleventh hour, but put political pressure on his own party members to up the relief amount considerably, curiously siding with his political rivals. On Monday, the House passed a bill to raise the stimulus check amount, but in its first try in the Senate, McConnell put the kibosh on the bill, which raised Trump’s fury.

“Unless Republicans have a death wish, and it is also the right thing to do,” he Tweeted, “they must approve the $2000 payments ASAP,” he quote-tweeted a Washington Post report on McConnell’s block.:

Unless Republicans have a death wish, and it is also the right thing to do, they must approve the $2000 payments ASAP. $600 IS NOT ENOUGH! Also, get rid of Section 230 – Don’t let Big Tech steal our Country, and don’t let the Democrats steal the Presidential Election. Get tough! https://t.co/GMotstu7OI

Earlier on Tuesday, Trump lashed out at GOP leadership on Twitter. “WE NEED NEW & ENERGETIC REPUBLICAN LEADERSHIP,” he wrote. “This can not stand.” “Can you imagine if the Republicans stole a Presidential Election from the Democrats – All hell would break out,” Trump continued.

As an outgoing and lame-duck president, Trump. no longer has the political power he had just two months ago, though he is certainly well-positioned to stay on as the presumptive party leader in the months to come.