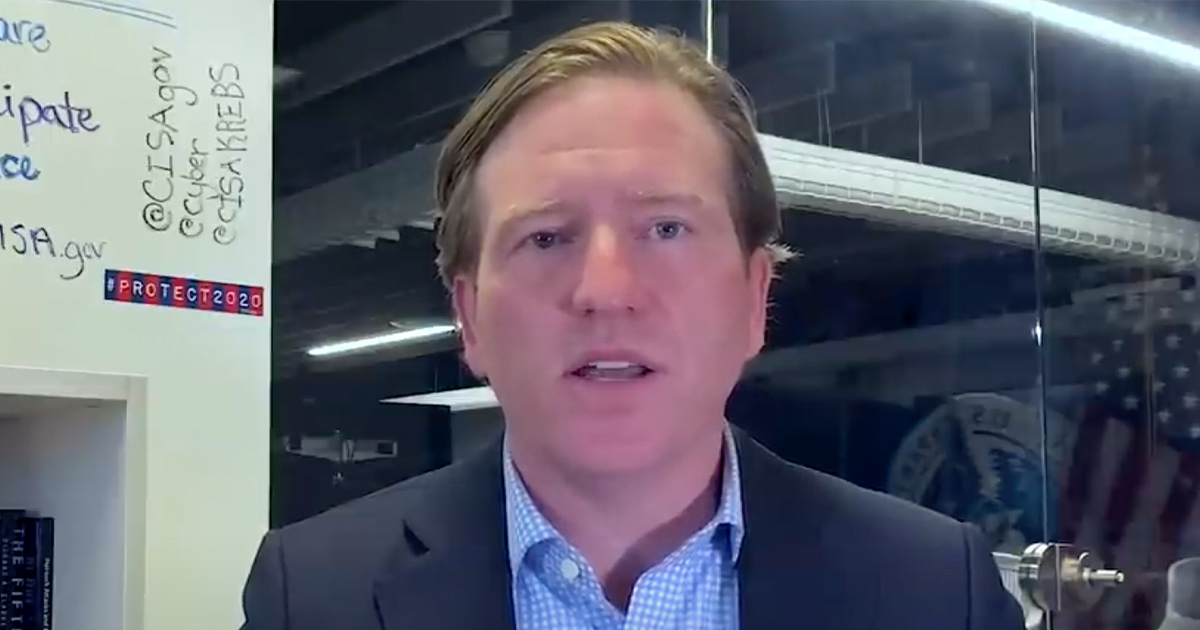 Top DHS official Chris Krebs reportedly expected to be fired after the election, given his office’s public debunking of conspiracy theories surrounded the election — some by President Donald Trump himself.

But the president firing Krebs Tuesday — in tweets continuing to push more baseless claims of widespread voter fraud — shocked a lot of people:

Fired for telling the truth and instilling faith in our elections just because Trump didn’t get his way. https://t.co/z1mjnu92v6

If you wanna know why officials are hesitant to recognize obvious truths like Joe Biden won the election and Donald Trump didn’t, Chris Krebs is a prime example of how, in this White House, you can be fired for contradicting the president, even if he is wrong.

This is what Chris Krebs, the fed gov top cybersecurity, had to say earlier today–before Trump fired him via a Tweet. Trump wants an alternative reality. He will use his power to get it. https://t.co/1RGuyPerhE

Every single elected Republican who remains silent about the firing of Chris Krebs is putting party over country. https://t.co/OCe09jqsYL

.@realDonaldTrump fires DHS head of election security agency Chris Krebs for reporting accurately that there was no widespread fraud or systemic problems in the election. Really. For not buying into the Trump conspiracy theories. Who’s next?

Chris Krebs is a person of the highest intellect, integrity, and commitment to the national security of the United States—as reflected, among lots of other things, in his commitment to tell the truth about the 2020 election.

We’re worse off as a country for this temper-tantrum. pic.twitter.com/rHNyrnyV9Z

Krebs told the truth, and Trump’s lies have no basis in fact. He was fired for telling the truth to the American people. https://t.co/9uqmwTP2Va

On Nov 12 CISA director Chris Krebs accurately wrote: “The November 3rd election was most secure in American history. There is no evidence that any voting system deleted or lost votes, changed votes or was in any way compromised.”

Trump just fired him for it. Truly outrageous

Have you noticed the pattern that Trump appointees who do their jobs well are usually fired or resign. @CISAKrebs is just the latest. There are few exceptions, but the pattern is clear.

All right, what do Republican leaders say about Trump’s firing of @CISAKrebs ?

The big baby in the Oval Office, continuing his SORE LOSER tantrum, has just fired @CISAKrebs for keeping the presidential election safe and secure. https://t.co/HZoV5P6oGG

Director Krebs worked diligently to safeguard our elections from interference and misinformation.

He protected our democracy. And spoke truth to power.

That’s why Trump retaliated and fired him.

It’s pathetic and predictable from a president who views truth as his enemy.

Chris Krebs is a dedicated public servant who has helped build up new cyber capabilities in the face of swiftly-evolving dangers. By firing him for doing his job, President Trump is harming all Americans – who rely on CISA’s defenses, even if they don’t know it. My statement: pic.twitter.com/gCzImQG2jZ

Ridiculous.
Yea, I said it. https://t.co/bArJcDiTH0