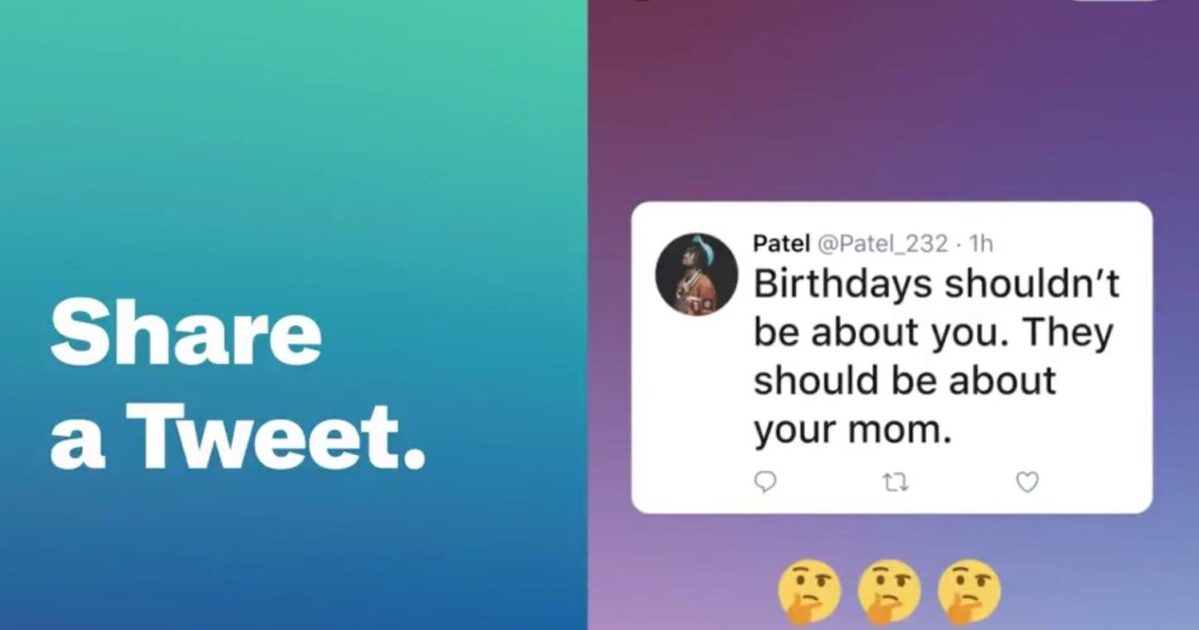 Twitter introduced a new feature called “Fleets,” which are tweets that disappear after 24 hours. If the horrified/angry/confused reactions are any indication, it seems many Twitter users would rather they disappear now.

Twitter announced the new feature in a tweet (naturally) that read “That thing you didn’t Tweet but wanted to but didn’t but got so close but then were like nah. We have a place for that now—Fleets! Rolling out to everyone starting today,” and which featured a video with peppy-to-obnoxious theme music:

That thing you didn’t Tweet but wanted to but didn’t but got so close but then were like nah.

We have a place for that now—Fleets!

Rolling out to everyone starting today. pic.twitter.com/auQAHXZMfH

Politicians, media figures, celebrities, and other verified Twitter users had some thoughts, not many of them positive. Some mocked the feature’s homonymous relationship with a popular brand of enema, others noticed additional unwelcome changes to the application, while still other users took the occasion to lobby for an “edit” button. And there were jokes.

Does the fleets thing stress anyone else out? Like I use Twitter to get away from IG stories, not have it follow me around on every platform reminding me that I don’t have makeup on

sigh a lot of yall are mad at Fleet without even trying it. i know enemas arent for everyone but colon health is important yall, have an open mind

I’m not saying Fleet is a stupid name, but enema need to get used to it.

If the fleet doesn’t work, I recommend an enema.

Has anyone made the connection yet that Fleet is a brand of enema?

Cause of death: FLEETS pic.twitter.com/XanW35Ruau

Orrrr maybe they did it just so these jokes could fly.

A gentlemen in the tweets but a freak in the fleets

Honestly, Twitter does everything but gives us the edit button we’ve been asking for basically since its inception. #fleets pic.twitter.com/zW9ynZ68AC

Twitter: Check out this new feature. Fleets so cool, right?

Members of Congress: Just give us the edit button.

We asked for an edit button! https://t.co/RS5CrtPeMl

We thought you said YEET. pic.twitter.com/OTPDo06iZ3

I don’t want a fleet.
I want an edit button.

What is the point of Fleet
when you can just delete a tweet
Twitter, I don’t get it
We just want edit

We are in the end game now

ok i actually may become obsessed with it

I’m not 100% going to unfollow the first person to post a “Fleet” into this section but the odds are very good pic.twitter.com/uAGsgCM0MA

It’s amazing how many projects @Twitter will develop to avoid confronting the task of eliminating Nazis from the user base. https://t.co/Jw7mhra4yf

Look on the bright side: at least they didn’t greenlight the two-character limit.