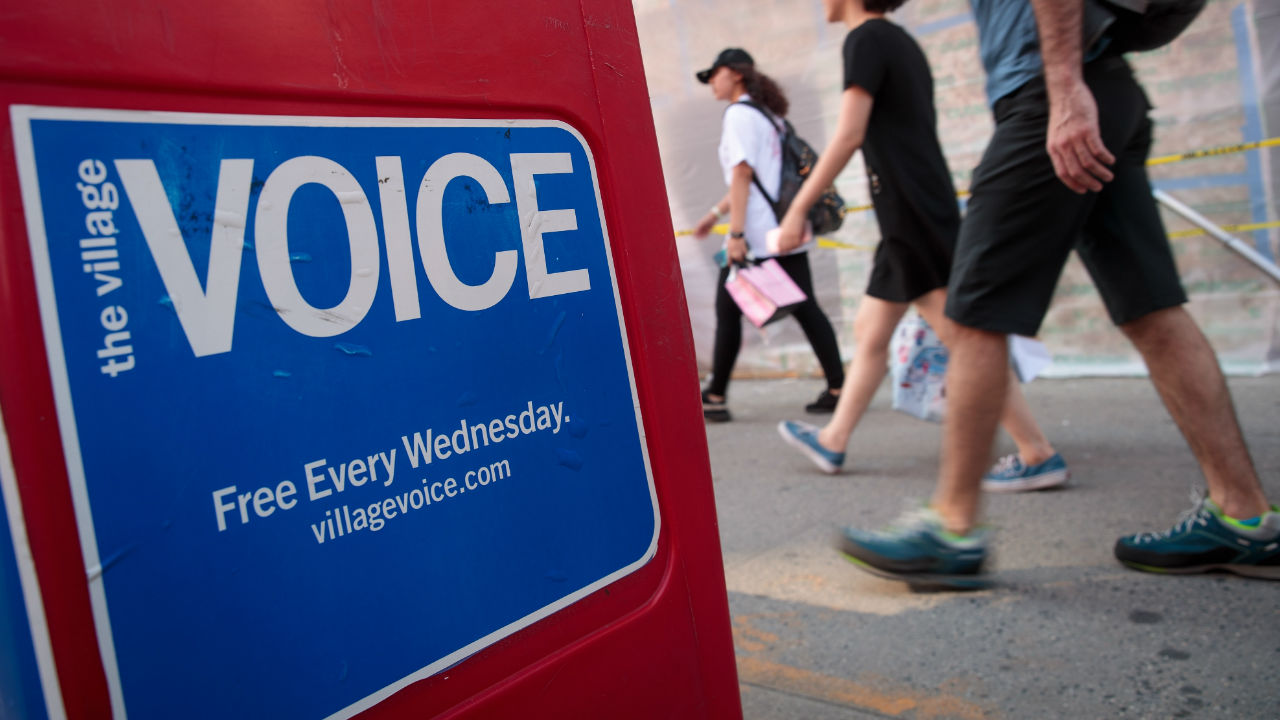 Iconic New York alt-weekly The Village Voice, which shut down in 2018, will be coming back in early 2021, according to a report Tuesday in the New York Times.

Calle said that he plans to restart The Voice’s website in January, along with a “comeback” print edition, according to the Times report. Calle also reportedly intends to have quarterly print issues of The Voice, in addition to a planned podcast and increased social media presence. He said that he intends to “honor the traditions of The Village Voice of yesteryear.”

Calle told the Times that he also wants The Voice to be a watchdog of mainstream media outlets.

The Village Voice, founded in 1955, was long known for being a leader in independent journalism and, specifically, the unique culture of New York City. However, its relevance diminished as online competition grew, and in 2015, The Voice was sold to Barbey, whose family had an extensive history in newspaper publishing (and made multiple appearances on Forbes’ list of America’s Richest Families). Although Barbey said at the time that he wanted The Voice to “survive and prosper” under his leadership, he took the publication all-digital in 2017. It closed the following year.

Calle, a self-described “free market enthusiast,” hails from conservative Orange County, California, where he was an opinion editor for The Orange County Register. In 2017, he bought LA Weekly, which at the time was owned by Voice Media Group. That purchase was controversial from the start; the buyers were initially shrouded in mystery, and then after the sale closed, Calle cut nearly all existing LA Weekly newsroom jobs, sparking an outcry and an calls for a boycott. While LA Weekly has apparently grown to become the most widely-read alt-weekly in the country, with more than 4 million active users visiting the website each month, former staffers continue to bemoan the changes to the publication under Calle’s guidance.