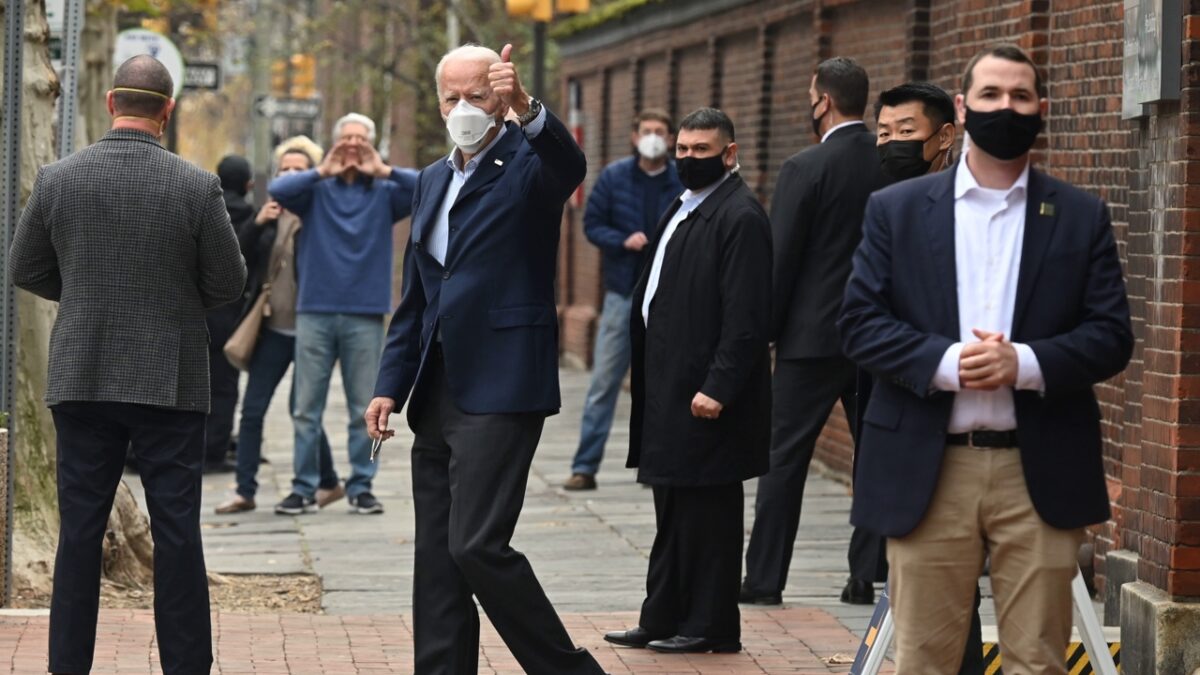 On the heels of criticism that he wasn’t “forthcoming” about his foot injury, President-elect Joe Biden’s follow-up visit was extensively covered by the pool reporters covering the presidential transition.

When Biden failed to report a foot injury until he decided it required medical attention two weeks ago, he was criticized for not being “forthcoming” — despite the fact that his medical care was communicated and covered in detail, and in real time.

On Saturday, the president-elect’s follow-up care was scrupulously documented in pool reports, and on video.

“We started rolling out of Biden’s home just after 10:35 a.m. We’re en route to Philly for a doctor’s appointment,” read a pool report from The Boston Globe’s Jazmine Ulloa, which also included statements from the transition office and Biden’s physician, Dr. Kevin O’Connor:

Today, the president -elect will have a follow up appointment at the radiology department of the Pennsylvania Hospital.

“Consistent with our original plan, President-elect Biden will receive routine 2-week post-injury imaging today. This will be performed with a special CT scanner which is able to obtain a “weight-bearing” image. Now that the initial discomfort and swelling are decreased, it is important to observe the structures within the mid foot under the actual pressure of standing. This is the best way to assure ankle and foot stability. “

Ulloa’s next pool report noted “We made it to Philly!” and that the “Press bus rolled up to Pennsylvania Hospital just after 11:20 a.m. Your pooler caught a glimpse of Biden in a dark suit and medical mask just a minute or two later. He slowly made his way into the building alone for a CT scan of his fractured foot. He and appeared to be slightly limping.”

Following the appointment, Ulloa reported “Pool was allowed to watch as Biden emerged at 12:23 p.m. from the Pine Building at Penn Medicine. He appeared in good spirits and appeared to talk to a pedestrian on the street. He gave friendly waves to reporters and a few scattered onlookers on the street as he walked away. He continued to wave from the perch of a black SUV before climbing inside.”

There was even video, courtesy of NBC News’ Marianna Sotomayor, who wrote “Following his CT scan for his fractured foot, @JoeBiden turned to the press and gave us a Thumbs up. He then seemed to suggest a supporter put on a mask after waving at them.”

Following his CT scan for his fractured foot, @JoeBiden turned to the press and gave us a 👍🏼. He then seemed to suggest a supporter put on a mask after waving at them. pic.twitter.com/gKah3BwGYx

A mess of pictures were also taken.