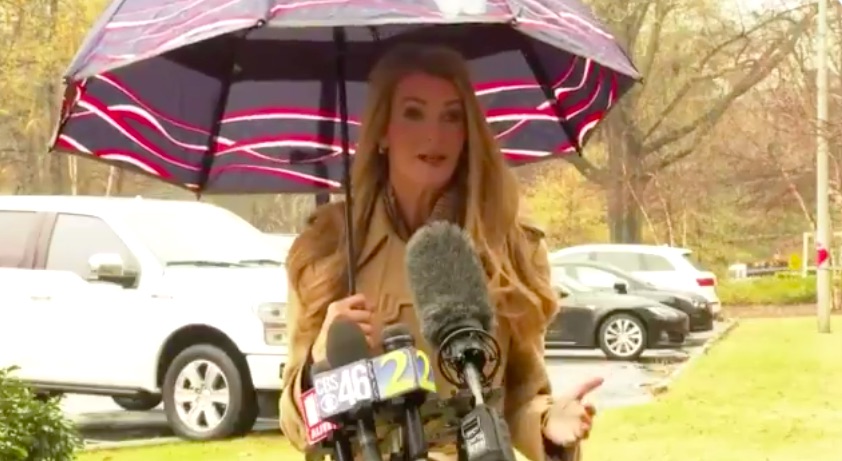 Georgia Republican Senator Kelly Loeffler refused to answer press questions about the fact that Joe Biden  was president-elect not once, not twice, but five times in the span of two minutes.

During an outdoor press gaggle on Wednesday, Loeffler was asked about “Is it accurate to say you haven’t decided on that yet?” in what was an allusion to Biden’s victory in the Electoral College.

Duck #1: “Look, I haven’t looked at it,” Loeffler claimed, about the results of the presidential race that has dominated the news cycle. She then referred to the date that Congress certifies the Electoral College vote. “January 6 is a long way off there’s a lot to play out between now and then.”

Then, a reporter pointed out that the leader of her Senate GOP caucus, Mitch McConnell, has publicly acknowledged Biden is the president-elect and called to congratulate him, asking Loeffler if she plans on doing the same anytime soon.

Duck #2: “Look, I’m focused on winning this race on January 5th. I talked to Leader McConnell this morning, we’re focused very much on delivering relief.”

Next, a question if she has acknowledged that Biden will be the next president come January 20th.

Duck #3: “Look, the President has a right to every legal recourse. That’s what’s playing out right now. I’m focused on winning this race on January 5th.”

Following up, the direct question about whether “you” (Loeffler) has accepted that Biden is going to replace Trump as president.

Duck #4: “Look, my focus is on winning this race right now. It’s vitally important that Georgians realize that the American Dream in on the ballot.”

Finally, a reporter asked if Loeffler will ever accept that Biden won and will be the 46th president.

Duck #5: “Look, there’ll be a time for that if that becomes true. But, the president has a right to every legal recourse ”

In this 2m clip ⁦@KLoeffler⁩ is asked about Biden’s win six different times.
She refuses to directly answer even one of the very specific questions.
This is a small sample of the full presser where she refused to answer several simple questions.
(Examples on this thread) pic.twitter.com/vRSXqAWO39