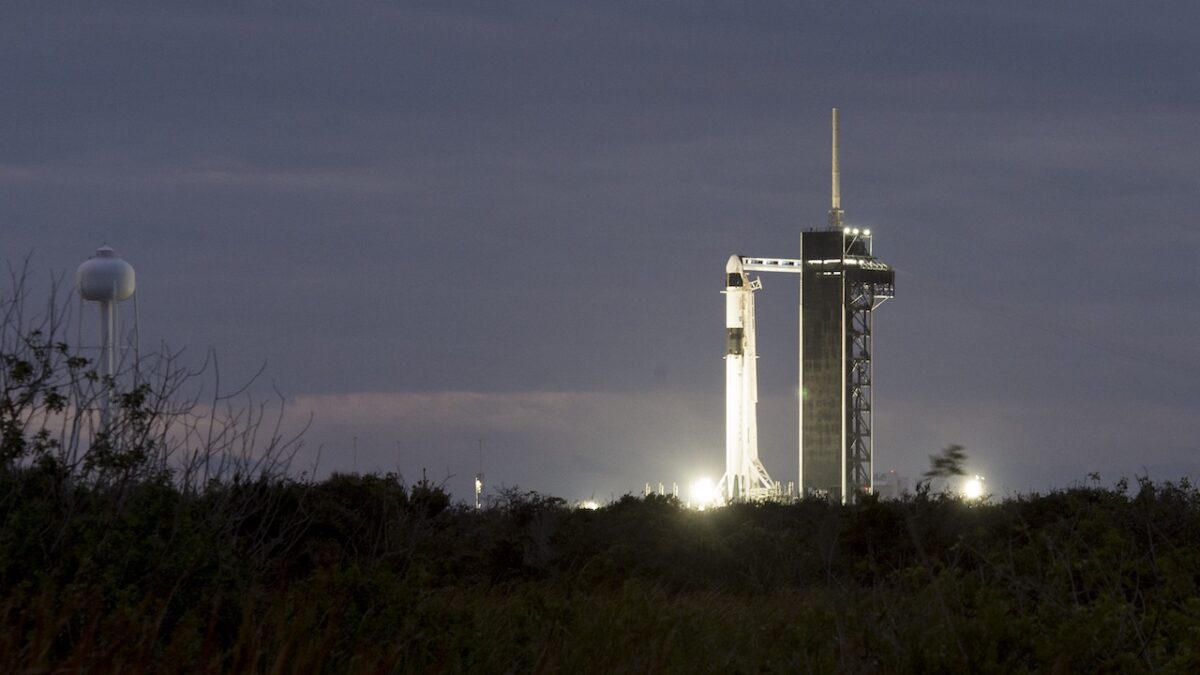 “We are go for launch!” Those were the announcer’s jubilant words shortly before 6:30 pm ET after a final weather check was finished and a small amount of debris was removed from an air seal, clearing the way for a SpaceX Falcon 9 rocket to take off from NASA’s Kennedy Space Center in Cape Canaveral, Florida, marking a historic restart of manned space flights from American soil.

The Falcon 9 rocket is carrying the SpaceX Crew-1 Dragon spacecraft, with liftoff is scheduled for 7:27 pm ET. This is the first crew rotation mission to the International Space Station (ISS), as part of NASA’s Commercial Crew program.

SpaceX designed the Dragon spacecraft for manned flights, but it has chiefly been used for cargo, taking everything from scientific equipment to supplies like toilet paper to the ISS, a total of 22 flights since 2012.

Dragon has completed 22 flights to and from the @space_station. It was designed from the beginning with human spaceflight in mind – even the first cargo Dragon had a window pic.twitter.com/tpl7smjFhF

Sunday’s launch will be the second manned mission for the Dragon; the first was a test mission in May. On board are NASA astronauts Mike Hopkins, Victor Glover, and Shannon Walker, and astronaut Soichi Noguchi of the Japan Aerospace Exploration Agency (JAXA). They are scheduled to complete a six month mission on the ISS.

The spacecraft will take off from Launch Pad 39A, which was the same one used for the first ever moon landing in 1969, and 10 other Apollo missions. The majority of NASA’s launches during the Space Shuttle era were also from this launchpad. As part of their partnership, SpaceX signed a contract to lease Launch Pad 39A for the next 20 years.

The launch could still be delayed if a rainstorm pops up in the vicinity (a very real possibility in Florida weather). If the launch is scrubbed, the next window is in three days.

Watch the video above via Space X.