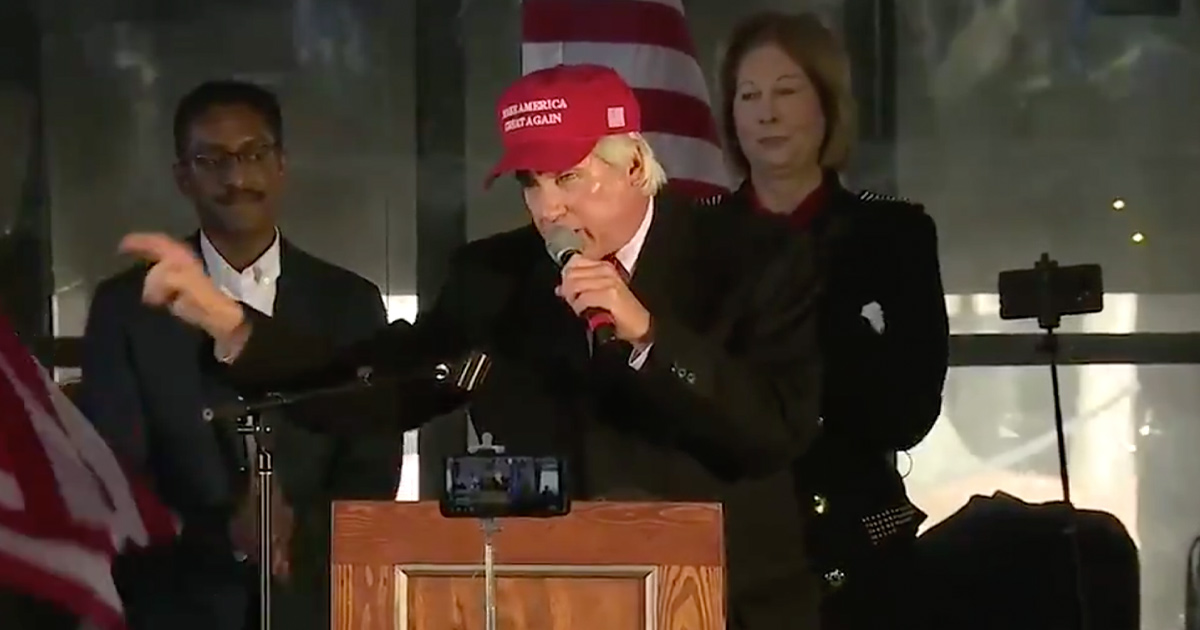 Sidney Powell and Lin Wood, two prominent Trump-allied lawyers, went on the attack against Georgia’s Republican governor as part of a “Stop the Steal” rally, with Wood even saying Brian Kemp should be locked up.

Powell and Wood’s legal efforts have been roundly mocked and derided, as well as being rejected in court — especially Powell’s typo-riddled “Kraken” lawsuit.

Powell, of course, has been pushing a baseless conspiracy theory about a Hugo Chavez connection to voting machines supposedly changing the votes, and just this week Powell, Wood, and Michael Flynn shared an ad that called on President Donald Trump to “declare a limited form of Martial Law, and temporarily suspend the Constitution and civilian control of these federal elections, for the sole purpose of having the military oversee a national re-vote.”

Things got even more bonkers at the Georgia rally when Wood said people should go to the governor’s mansion and surround it until Kemp calls a special session of the state legislature.

“And then he can resign,” Wood said. “And as far as I’m concerned, lock him up!”

The crowd erupted in chants of “Lock him up!”

Ths rally comes just one day after a Georgia official publicly detailed the dangerous threats election workers and top officials are getting and begging the president to speak out to denounce violent threats. Thus far the president has declined to do so.

And that was just the tip of the iceberg:

Anyway, after Georgia voting official @GabrielSterling basically implored people to tone down the rhetoric that’s leading to violent threats, Trump ally L. Lin Wood says “You listen up, Gabriel. You’re not going to sell our votes to China.” Trumps ex-lawyer is in the background. pic.twitter.com/WvZJCpJ8d0

Chants of, “Do your job!” aimed at Attorney General William Barr at the “Stop the Steal” rally right now in Atlanta after former Trump attorney Sidney Powell speaks.

“You work for us, Attorney General Barr. Do your job!” attorney Lin Wood shouts.

Lin Wood: “Joe Biden will never set foot in the Oval Office of this country. It will not happen on our watch. Never gonna happen.”