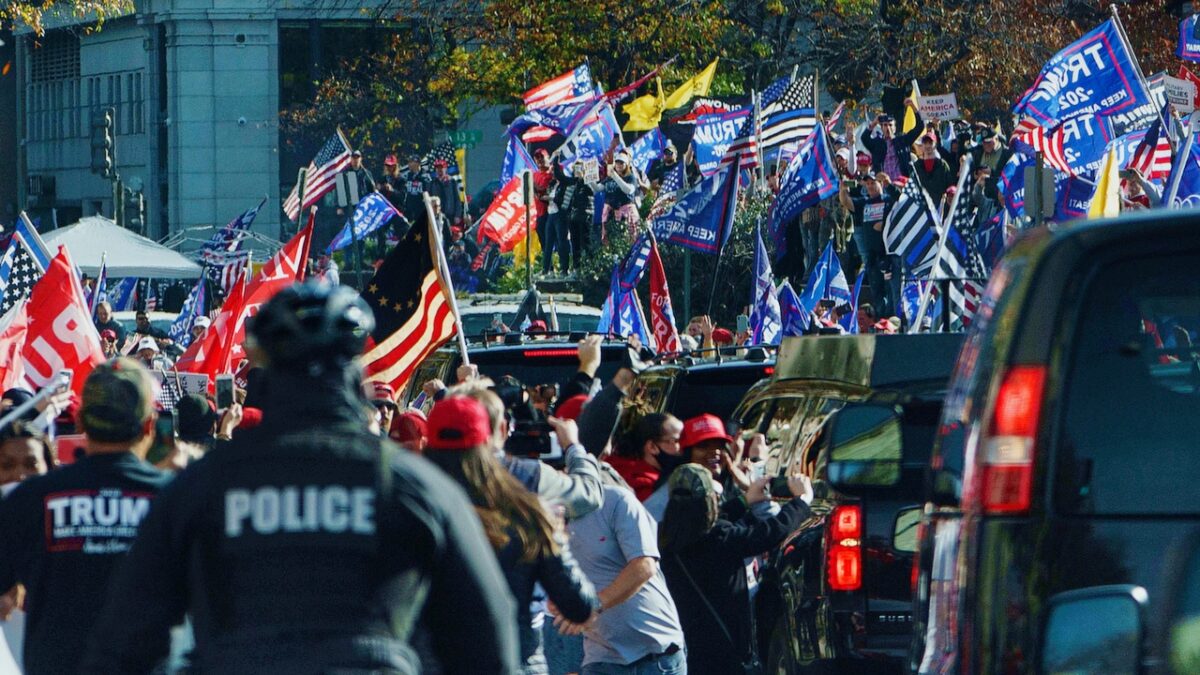 According to pool reports, Trump made his cameo while en route to his Sterling, Virginia golf resort.