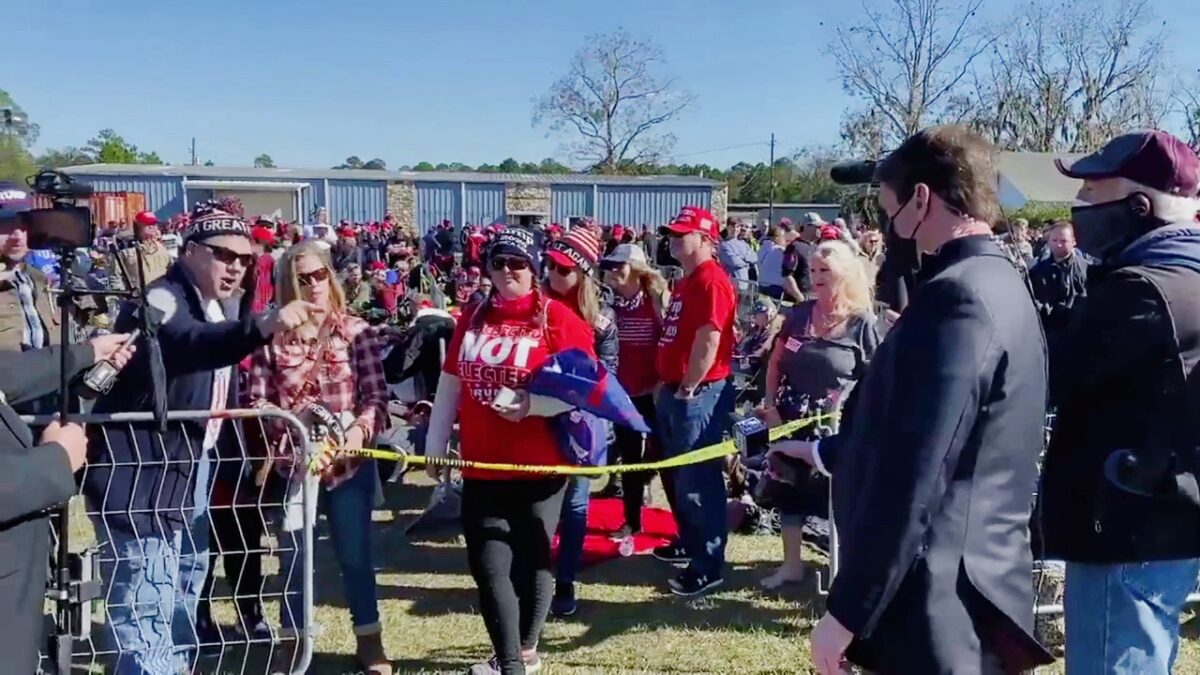 Fox News correspondent Griff Jenkins got a hostile reception from fans of President Donald Trump, who chanted and hurled rebukes as they waited in line for Trump’s Valdosta, Georgia rally on Saturday.

Sky News producer Sarah Gough posted video of Jenkins being engaged by members of the crowd, and wrote “Fox News journalists are getting the most abuse from the crowd lining up for Trump’s rally in Valdosta, Georgia. Cries of ‘we trusted you’ and ‘traitors’.”

Fox News journalists are getting the most abuse from the crowd lining up for Trump’s rally in Valdosta, Georgia. Cries of “we trusted you” and “traitors”. pic.twitter.com/Av1uHvrXdQ

In the video, another man tells Jenkins, emphatically, “Fox News does not call the election!”

The supporters are angry that Fox News was among the every major news outlet to declare President-elect Joe Biden the winner of the 2020 presidential election,

Trump is scheduled to rally at 7 pm on Saturday in Valdosta, Georgia to support the candidacies of Republican Senators David Perdue and Kelly Loeffler, who face serious challenges from Democrats Jon Ossoff and Rev. Raphael Warnock in the Jan. 5 runoff election.

But supporters began lining up the night before, and throngs have been huddling together without social distancing. In the video, Jenkins is wearing a mask, but the Trump supporters yelling at him from a short distance are not.