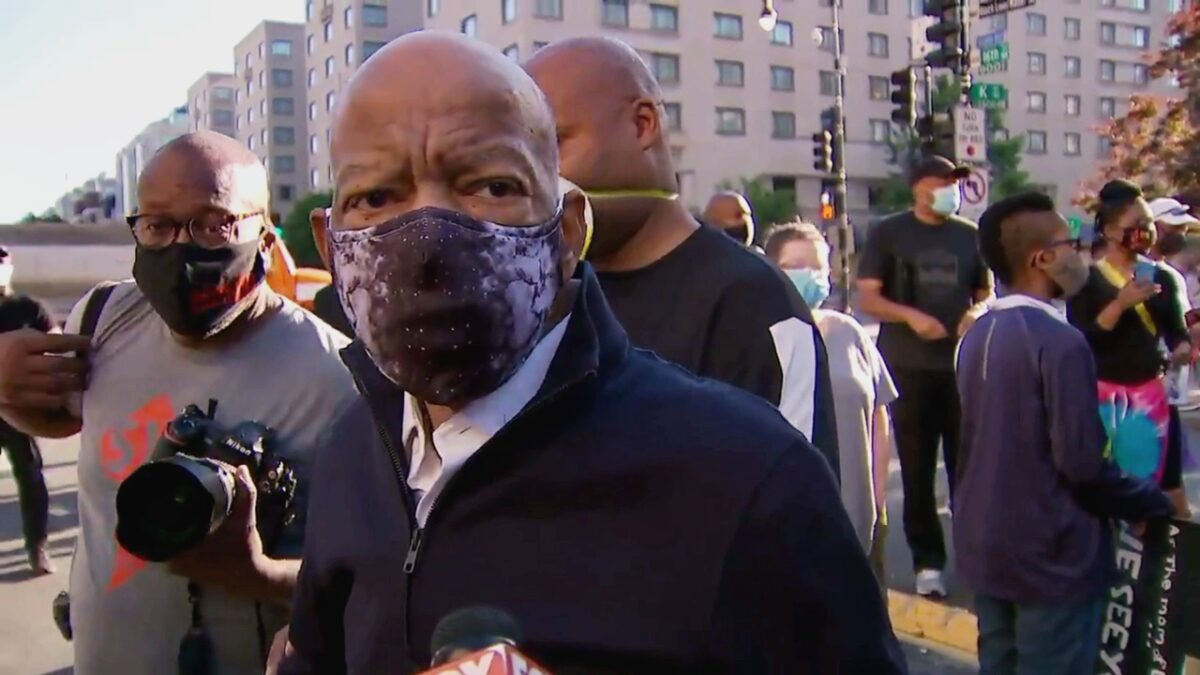 Former President Barack Obama sparked renewed debate among liberals when he criticized “Defund the Police” as a “snappy slogan” that became an obstacle to reform. What did civil rights hero John Lewis have to say about “Defund the Police” before he passed away?

President Obama’s interview this week on Peter Hamby’s Good Luck America show on Snapchat included a pragmatic critique of the slogan, along with support for the reforms some of its adherents promote.

“If you believe, as I do, that we should be able to reform the criminal justice system so that it’s not biased, and treats everybody fairly, I guess you can use a snappy slogan like ‘Defund the Police,’ but you know you’ve lost a big audience the minute you say it. Which makes it a lot less likely that you’re actually going to get the changes you want done,” Obama said in one portion of the interview.

Those remarks sparked pushback from all four members of The Squad — Congresswomen Ayanna Pressley, Alexandria Ocasio-Cortez, Ilhan Omar, and Rashida Tlaib — as well as other political and media figures, many of whom painted the remarks as an attack on activism or a sap to white people who were poor-to-nonexistent allies to begin with.

Others were supportive of President Obama’s critique, and pointed to an interview of House Majority Whip James Clyburn wherein he recounted a conversation with Rep. Lewis on the floor of the House of Representatives shortly before Lewis’ death.

“‘Defund the police’ is killing our party, and we’ve got to stop it,” Clyburn said in a November 9 CBSN interview, and added that “John Lewis and I were very concerned when these slogans came out about ‘defund the police.’ We sat together on the House floor not long after that and talked about how that slogan and other kinds of slogans could undermine the Black Lives Matter movement, just as ‘burn, baby, burn’ destroyed our movement back in the ’60s.”

But those remarks were made in private. Rep. Lewis’ public remarks about Black Lives Matter were expressions of support and hope about the energy around the horrific death of George Floyd. When he was asked about “Defund the Police,” his response was telling.

Stephanie Ramirez of Fox 5 DC spoke to Rep. Lewis at Black Lives Matter Plaza on June 7, and posted video in which he said, of the plaza and the protests, “It’s very moving, very moving. I think that the people in DC and around the nation are sending a mighty powerful and strong message to the rest of the world that we will get there.”

Ramirez asked Rep. Lewis about “Defund the Police” off-camera, and here’s what she wrote about his response:

Lewis did not agree or disagree, but said activists should be heard.

While privately disagreeing with the slogan, Rep. Lewis appears to have made an effort to be respectful to the activism in public.